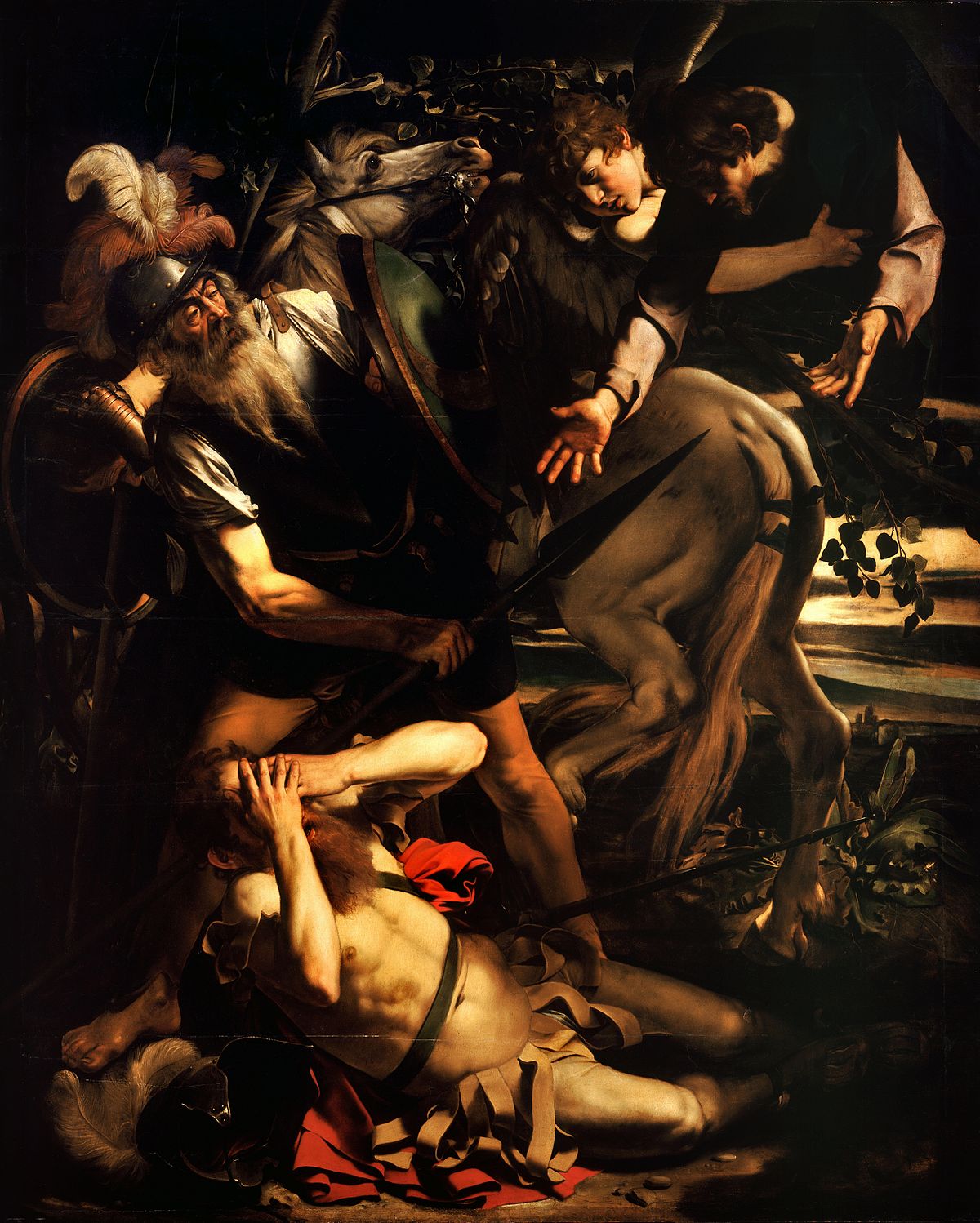 The Conversion of Saint Paul, Caravaggio

There is, fortunately for me or not, nothing in the vast world of literature or plastic arts that will ever be able to unfoundedly surprise me, “surprise” seen here as those so-called “novel” encounters a man has with an apparent wonder that he can somehow perceive and yet in no way sublimate and thus synthesize into his own experiential tapestry for his own good uses.

For unless I myself have also felt such and such or this and that in at least some comparative measure, however dim and dumb the impression, I will epistemologically be unable to connect with, actualize, or empathetically comprehend whatever object of wonder the writer, artist or thinker was attempting to express.

Indeed, in order for a man to truly grasp anyone or anything besides himself, he must have previously experienced, in however oblique a way, that similar thing too, from the greatest and most profound of notions to the easiest and trivial; feeling which always precedes insight and insight so-called “wisdom”: the most complex and “wise” of thinkers who are by nature the most varied and sophisticated “feelers” as well.

Such a truth cannot be contravened nor overcome: the intellectual, aesthetic, emotional and linguistic company that a man persistently keeps, aspires to, converses with and inundates himself therein, indicates his “actual” level of spiritual and “inner” development. 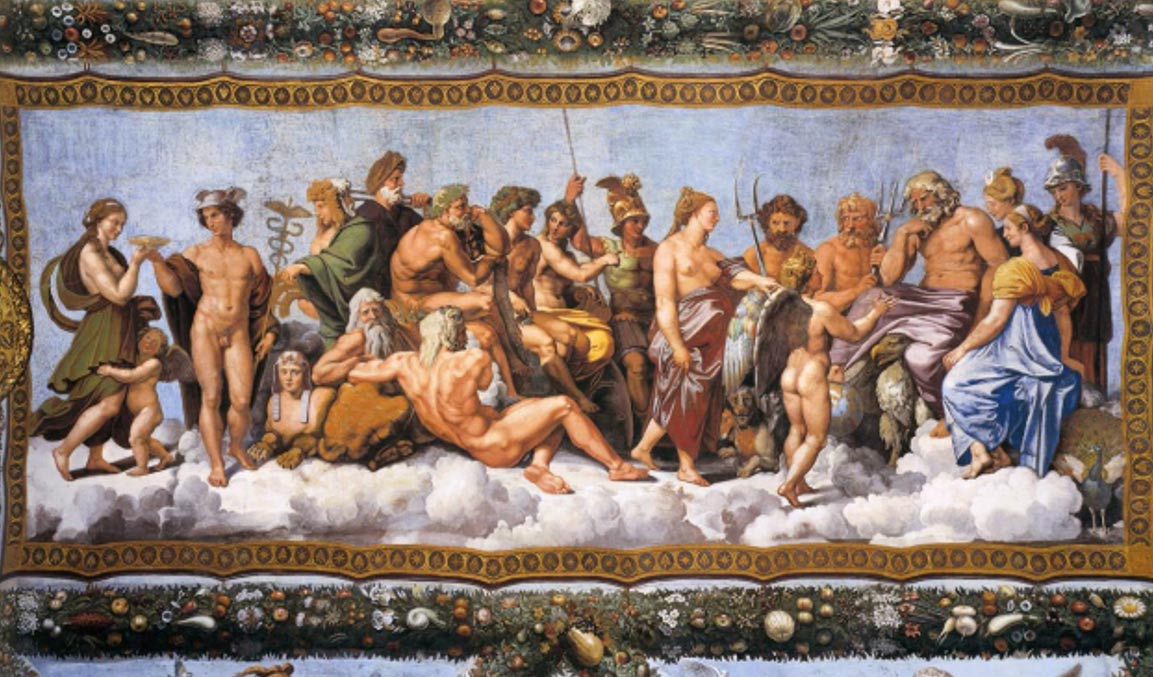 Thankful am I for those intermittent bouts of depression, anxiety, angst and psychological tension, all of which are varied forms of autonomic (and thus unalterable) personal disgust. For through them am I awakened to those areas of life where disease and emotional error currently reign and cry out to be brought to heel by some greater and more transcendent form of internal fitness; the Will to Health which grants me certain emotional tools by which I may sufficiently navigate the hazardous shoals of the modern world that I have no other choice but to inhabit; Modernity which, of course, contains few, if any, reasons for Health to rejoice and must therefore be constantly warred and struggled against in and by one’s deepest and most primordial expressions; Health which yearns to be founded on the enduring sufficiency established by one’s own resources and strength, one’s own rights and self-won privileges, one’s own inner code of honor, duty and personal responsibility that ultimately allies with no outside force besides that which will most clearly aid in the attainment and maintenance of a man’s highest values.

It is personal disgust, not “self love”, that wakes me before dawn to think and write and drives me into humidity and cold so that I may pummel my flesh and deprive it of food and expose it to ice and heat and sun and heights and occasional bouts of cognitive madness and emotional delirium; disgust which compels me – however oft I fail – to slay every tie that may destructively bind me to every decadent temptation of modernity besides those most absolutely necessary for survival and familial duty; disgust which orients my spirit in a way that no other force can or will: upwards and away from the everyday profane and onto that single beautiful, ephemeral Thing which, however impossible it is to attain, is alone worth striving, living and dying. Music and poetry arrive and are derived principally from the glands; fiction and the dramatic arts the gut and, under certain extreme conditions, the heart; philosophy and metaphysics at the base of the spine where the stem meets the skull.

Thus are these organs most vital to the Great Mind and his Work: this one supplying the feeling, that one the intuition, this one the style, that one the refinement, the will to finish, the maliciousness to overcome oneself, and so on.

The birth of science and its attempts to de-mythologize – through the objective “directness” of prose – the empirical observations of the emotional body began the moment the first so-called “philosopher”, recoiling from the bewildered glances of his students and patrons after he had uttered a profundity beyond their linguistic comprehension, began to grope in earnest for the nearest, most practical tool that could maybe (just maybe) remedy the dumbfoundedness of the puzzled collective; that tool which introduced itself to the world with the words: “for example”.

I reckon myself no teacher, no guide, no luminary, only “Father”.

I desire therefore no school to proliferate my work, no monument raised to my fleeting honor, no elaborate tomb to mark even the place of my bones, only courage: that my true and rightful heirs might do their duty not only to me but the whole our race by slaying and thereafter devouring my mutilated remains according to the rights of Dionysus, so very great and terrible. Orpheus and the Bacchantes, Gregorio Lazzarini