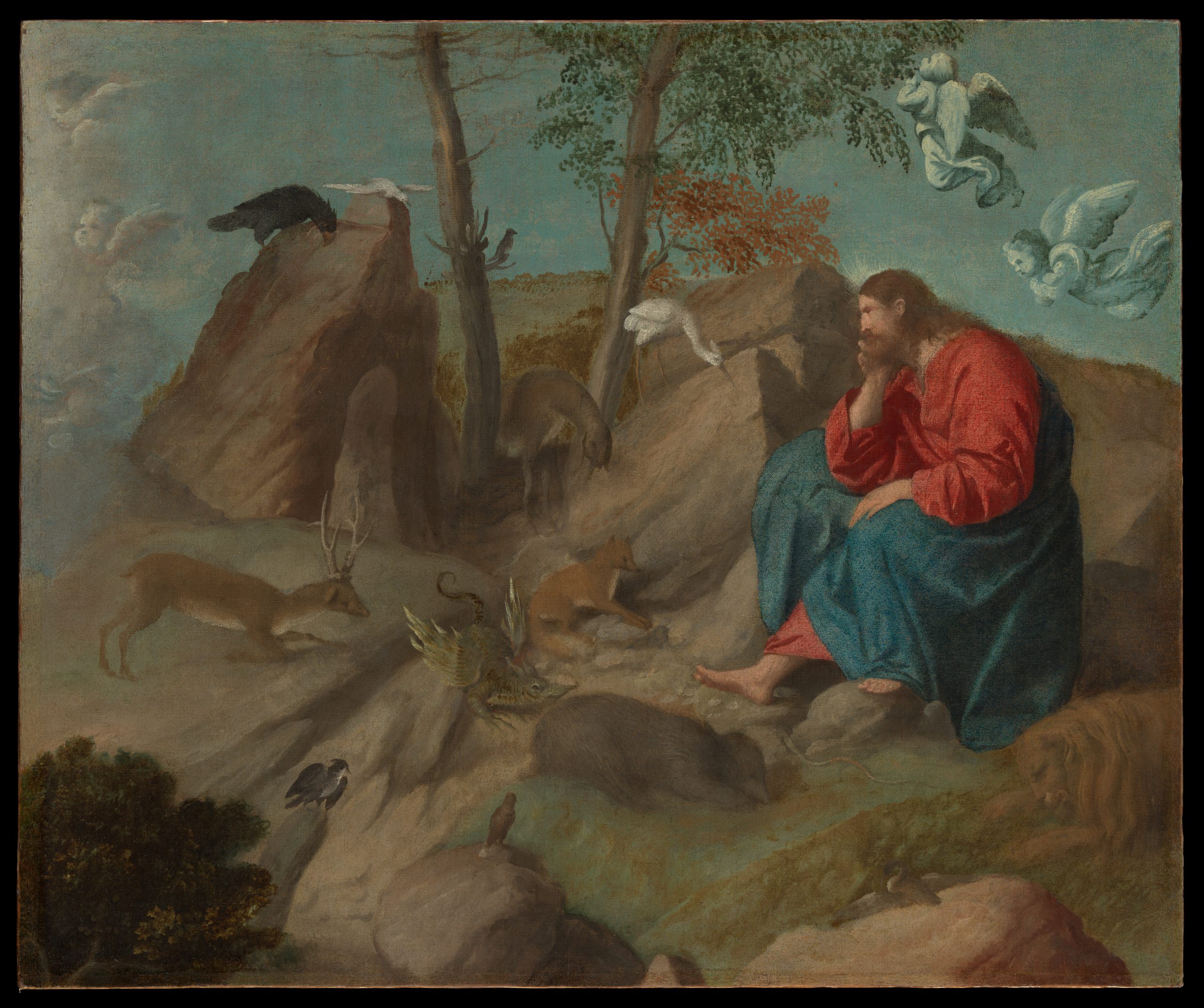 I have, since I unwittingly embarked upon the philosophical life, been ambivalent toward the notion “philosophy”, having, since my first work, declared it and all my subsequent philosophical writings as “fiction” – a dictum from which I have not wavered unto the present. Tragically, the practice of philosophy is, in its “purest” sense, inescapably futile and self-defeating (at least in the way that I practice it); philosophy, or “unmitigated freedom and audacity of thought”, which has for over two and a half millennia become so overburdened with unwieldy ponderousness and the fastidious splitting of the finest of logical hairs that have, on the whole, done little more than to force the practice and its practitioners further into the distant hinterlands of civilizational relevance where the philosopher and his craft are kept from having any real bearing on the collective of which he is part, rendering what was already a “worthless” practice utterly irredeemable and even foolish to pursue over the long term for the vast majority of rational, reasonable, and worldly-minded men. What’s more, could this present work or any that I have produced even be considered proper “philosophy” in the first place? Mine: an unresearched cacophony of groundless speculation, utterly unscientific and in no way empirical and therefore unprovable and thus completely valueless and even whimsical to the scientifically-informed paradigm which holds near ultimate sway over the modern mind, that mind and its world which denies even the possibility of those things which cannot be perceived by the five senses; “mine” – as empirically unprovable – that can, just the same, not be refuted either, not through the scientific mentality which it disparages or the “logic” upon which this thinking – as thinking – cannot help but stand upon. Only in and by this irrefutability do I feel compelled to continue, and also the intellectual and emotional satisfaction I feel when engaged in the craft of philosophy itself, of which I am powerless but to daily pursue, for through it I feel I am living the only life that a man with my particular disposition, disagreeable as it is, can.

For this, I am honored to have been invited, either by God or my own natural inclinations, to pursue this life in the first place. Notwithstanding this divine invitation, I have nevertheless always reckoned myself a thief and not a true heir, a burglar forced to continually retreat from the gatekeepers of thought who everywhere seek to arrest a man’s thinking with their accusations of doubt, unscholarliness, vanity, and my own obvious lack of credentials, all of which has caused me to dart into various alleyways while following the forgotten and rubbished trails of thought, those that tend to satellite around the question of God, the gods, and the origin of all “that-is”. One such alleyway witnessed me stumble into what I can only call “the Storehouse of some celestial profundity” in whose confines I confronted the untold riches of the ages of which I, as the perennial outsider, felt not merely unworthy of beholding but even far less capable of apprehending and communicating in a coherent way to outsiders. What’s more, when inevitably accosted by that great Dragon which ever guards the riches of man, I, a thief and not a hero, not a warrior, somehow managed to slay the great beast in as equal a display of happenstance as the initial discovery of the storehouse itself; his death which granted me intellectual wealth the likes of which no single man should at any one time be entrusted; these riches of insight and the ease of their accessibility which can hardly be considered “philosophy” at all, whatever that term is to signify; “mine” which is a certain archeology of the mind, a psychological archeology, a “psycho-archeology” if you will: a study of mankind’s peculiar origins and what might have possibly been before him, and what has appeared to transpire since as well as things yet still future, all of which, it must be mentioned, is accessible to every man if, alas, he has the audacity, naivete, and blind courage to explore it within and upon his human frame and its various organs while, at the same time, disregarding the incessant need for empirical and even logical certainty.

Freely I have been given and freely I give, this freedom which has cost me literally everything. How then can a man, as though a Sophist, charge for his “everything” with the hope that he may recoup even a little of his losses? He cannot, nor can I, nor can my “First Man”, my “Adam” who – as the first man who “thought” a self-conscious inkling and, through it, became aware of himself and his body – that awareness which awoke him to a “thing”, and merely a single thing but the possibility for “all things everywhere and for all time”; this Adam who, as first to survive the indescribable trauma of his fall from unconscious grace and also first to pass his survival onto his offspring who also survived and passed, survived and passed, survived and passed, and fought and warred and struggled and strived across landmasses and oceans, over mountains, through deserts and now through the cosmos; this Adam forever in search of a home that he cannot in his own power find, a city “made without hands”, his quest which still continues unto the present in persons too innumerable to count and yet can only find its rest in the God whom his self-awareness deserted and the relationship it

Freely I have been given and freely I give, this freedom which has cost me the little that I started with. How then can a man, as though a modern-day Sophist, charge “anything” for his “everything” with the hope that he may recoup even a little of his losses? He, of course, cannot, nor can I, nor can my “First Man”, my “Adam” who – as the first man who “thought” a self-conscious inkling and, through it, became aware of himself and his body – that awareness which awoke him to a “thing”, and merely a single thing but the possibility for “all things everywhere and for all time”; this Adam who, as first to survive the unimaginable trauma of his fall from unconscious grace and first to pass his survival onto his offspring has also survived and passed, survived and passed, survived and passed, and fought and warred and struggled and strived across landmasses and oceans, over mountains, through deserts and now through even the cosmos; this Adam forever in search of a home that he cannot in his own power find, a city made “without hands”, his quest which still continues unto the present in persons too innumerable to count, each one who can only find their rest in the God whom our self-awareness deserted and the relationship our own awakened wills desecrated; that same God who has searched the ages and indeed still searches along with Adam for Adam, His beloved; this Search, when awakened to it, in most cases signals that it is nearing its completion and that the city has been found, of which I above all men feel privileged to still be engaged; the journey of consciousness, and of thought, of fighting and discovery and spiritual war with that which we can never fully know for certain, the place and time of the battle’s beginning which, according to my history – scorning modern archeology and the entire scientific method – is indeed not very old or distant in light of the whole of man’s “time” on earth. Not only is it, comparatively, not “too ancient”, but it has not been practiced very thoroughly, nor by many, and is of no concern to most of humankind, even though it looms above most of his doings and influences virtually everything. This practice, this freedom, this “philosophy”, this “discovery of the body” and its opposite which is indeed still fresh and young and its landscape still largely unclaimed and the horizon of its possibilities still virgin and ripe for the taking by even a worthless thief who seems fit to be nothing more than he is, a vagrant. As such a vagrant and thief, I thank my God who is the Creator of the totality of “what-is” and “what is not”; He who has chosen me, as a thief to be a thief and to converse in the luminous things I know not of. For, as His Word says, His strength is perfected in our weakness. This God – my God – has chosen what is low and despised in the world, even things that are not, to bring to nothing the things that are so that no one may boast before Him; “I” who neither intended to find the storehouse, nor slay the dragon, nor get out of the cave alive with anything remaining in my possession, let alone survive the decade-long wandering in the wilderness and yet not lose or have stolen from me a single thing I had pilfered.

Praise alone be to Him who sustained me in my rebellion.

Indeed, whenever the Spirit within rouses a man to, at last, cross over the Jordan of his futility so as to enter the rest of God which is not merely “His” goodness but goodness “as such”, it is typically in the cool of the morning, after sunrise and without fanfare, without banners, without bystanders of any kind nor hardly a rock or pebble to mark the occasion. Only waters heaping as a miracle near Zarethan, meaning “tribulation” or “perplexity”, such a gathering which allows the ark of God which is the temple of the human body to pass through it without wetting so much as his legs nor muddying his shoes which he would have already removed for only he and God know how holy a moment such crossing is in light of the years and tribulation endured to reach it.

On the other side is no giant, no army, no cheers, medal, plaque, or ceremony — only silence: impossible, impenetrable, deafening, all-consuming silence that can only be heard in the desert, save for the rush of waters returning to their level behind.