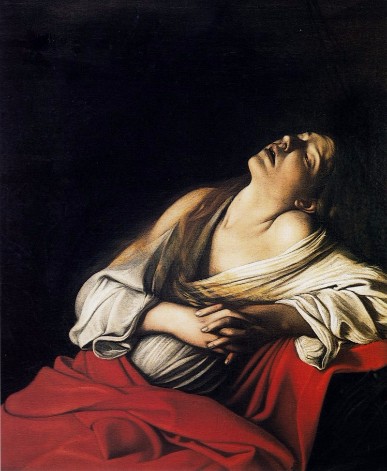 According to a legend popular in Caravaggio’s time, after Christ’s death his faithful female disciple Mary of Magdala moved to southern France, where she lived as a hermit in a cave at Sainte-Baume near Aix-en-Provence. There she was transported seven times a day by angels into the presence of God, “where she heard, with her bodily ears, the delightful harmonies of the celestial choirs.”