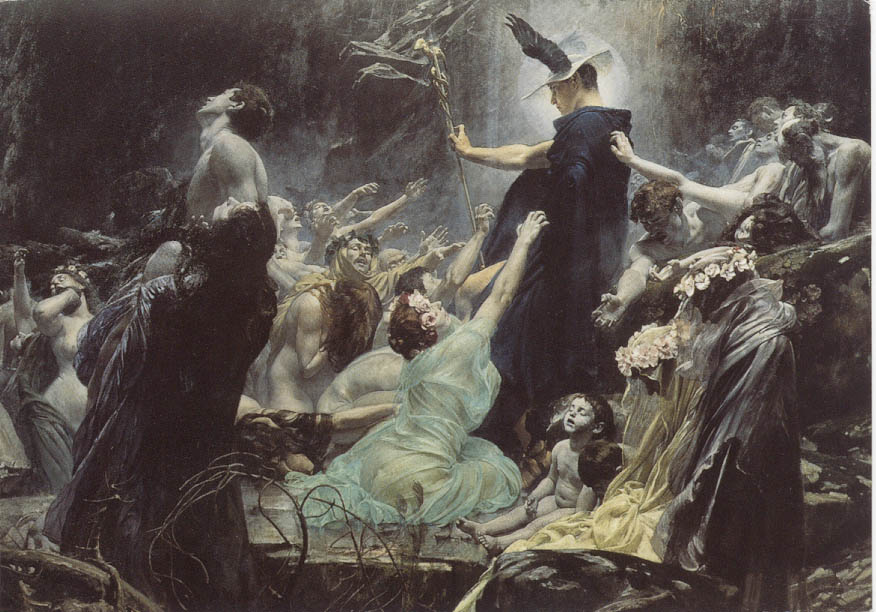 Souls on the Banks of the Acheron, Adolf Hiremy-Hirschl

Under normal mental conditions, one’s aesthetic awareness – his sensual perception or “consciousness” – if viewed in terms of an optical lens can be likened to a pinpoint rather than a panoramic vista. Given the limitless breadth and depth of environmental stimuli that assails us at any particular moment, this pinpoint ensures that only a fraction of the potential sensory input breaches the realm of the mind, and lesser still that is able to pierce the unconscious veils that defend our usual “awareness”, awareness which perceives “things” as “things”, precious and delicate.

Among its many responsibilities, this pinpoint discriminates, preventing the individual from becoming completely overwhelmed by the seemingly endless phenomenological inessentiality of our world and cosmos, allowing a man to move his body through space and time in a more or less efficient manner, unhindered by the constant need to stop, assess, integrate, repeat. All things equal, if an individual reacts or responds to stimuli, it’s only that which is most necessary for his immediate survival. Once the threat is passed, it’s quickly forgotten unless the stress was sufficient (i.e. life-threatening) enough to warrant its memorable impression whose locale can be readily accessed in the event that a similar experience was ever encountered again.

Under non-normal mental conditions however, in heightened and otherwise altered states of awareness, that pinpoint often expands to a circle, then a sphere and eventually a globe. As the critical function slackens its usual tension, one of the first changes an individual perceives is an overall bodily discord of sluggish mobility and disorganized limb. As the state develops, movement becomes so sea-tossed and treacherous that the individual must at some point sit down, then lay down. In extreme cases, bodily movement becomes more or less impossible, though here one rarely considers one’s limbs, much less their mobility or lack thereof.

Accordingly, as the arms and legs slow, so does one’s perception of time: at the height of “unawareness” the clock seems to literally stop and deepen, almost to the point of fourth dimensionality, a condition that can be likened to an “Objective” state of mind, utterly foreign to the subjective relationship man typically has with his own body, no matter how faintly felt.

Into one’s yawning aesthetic perception speeds an incomprehensible flow of information which begins to overwhelm the individual to the point of sensual “death”: the severing of man’s coherent communication, expression and interpretation of and with the world of his cultivated senses. One is literally drowned in a deluge of symbols and images that, if not continually ignored by everyday sight, would have, out of sheer terror and unending astonishment, prevented the species from achieving the dominant position it now enjoys. 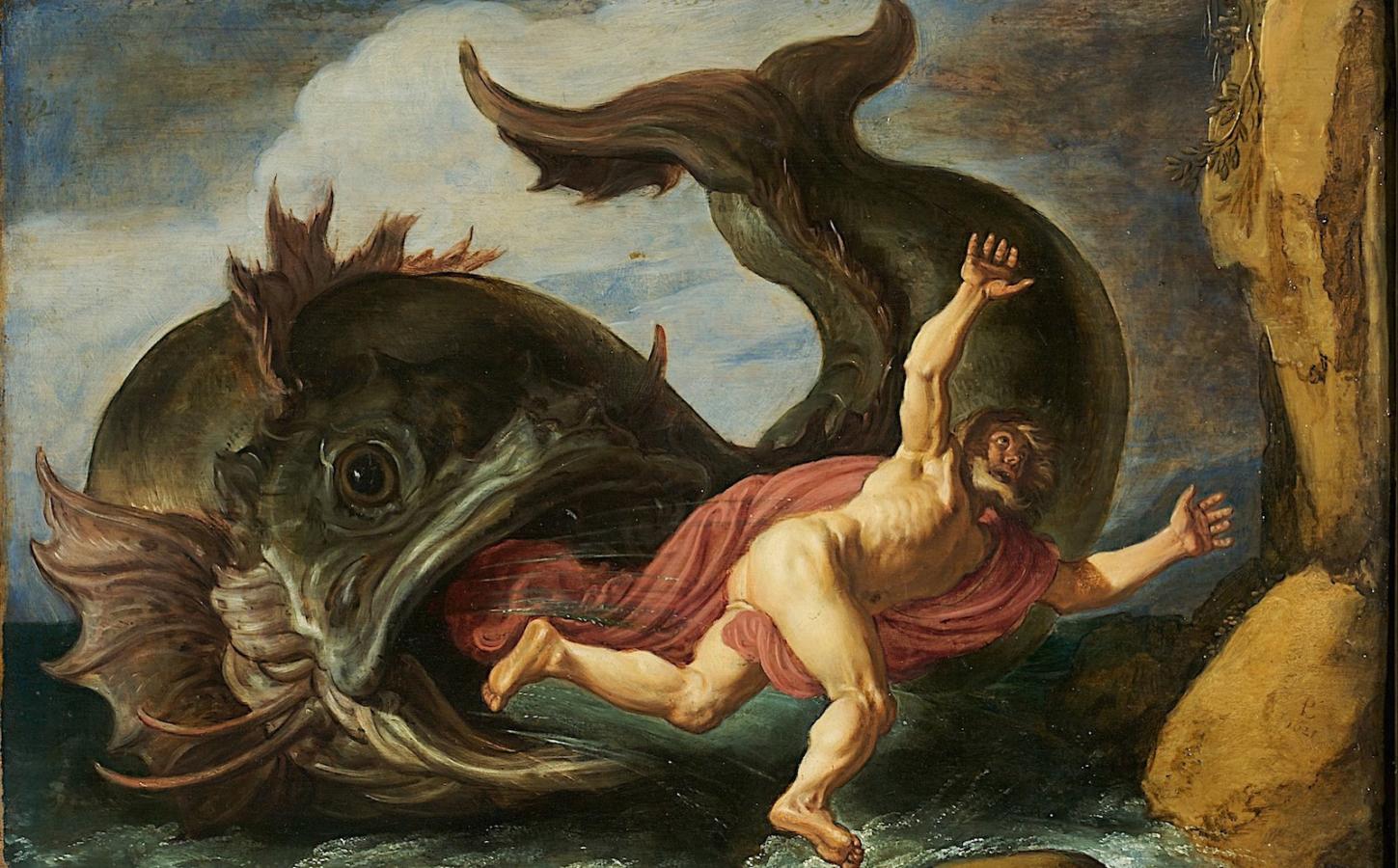 Jonah and The Whale, Pieter Lastman

Trapped beneath this archetypal ocean, the Aesthetic is left with two options: (1) sink further into the oblivion of out-of-body bliss or (2) fight upwards towards the light of “the re-emergence of self as Self”. To resume cognitive function – to reduce the globe to that pinpoint as it were – one’s perception has no other choice but to re-embrace its primordial role of sacrifice, to the slaughter of all (or most) of the sensual wonderment he “objectively” perceives.

By so doing, one’s learns to identify what is extraneous and inessential in one’s self, identification that demands an individual learn to distinguish between what is “his” and what is not, namely, that which belongs to his culture, specifically his moral culture. 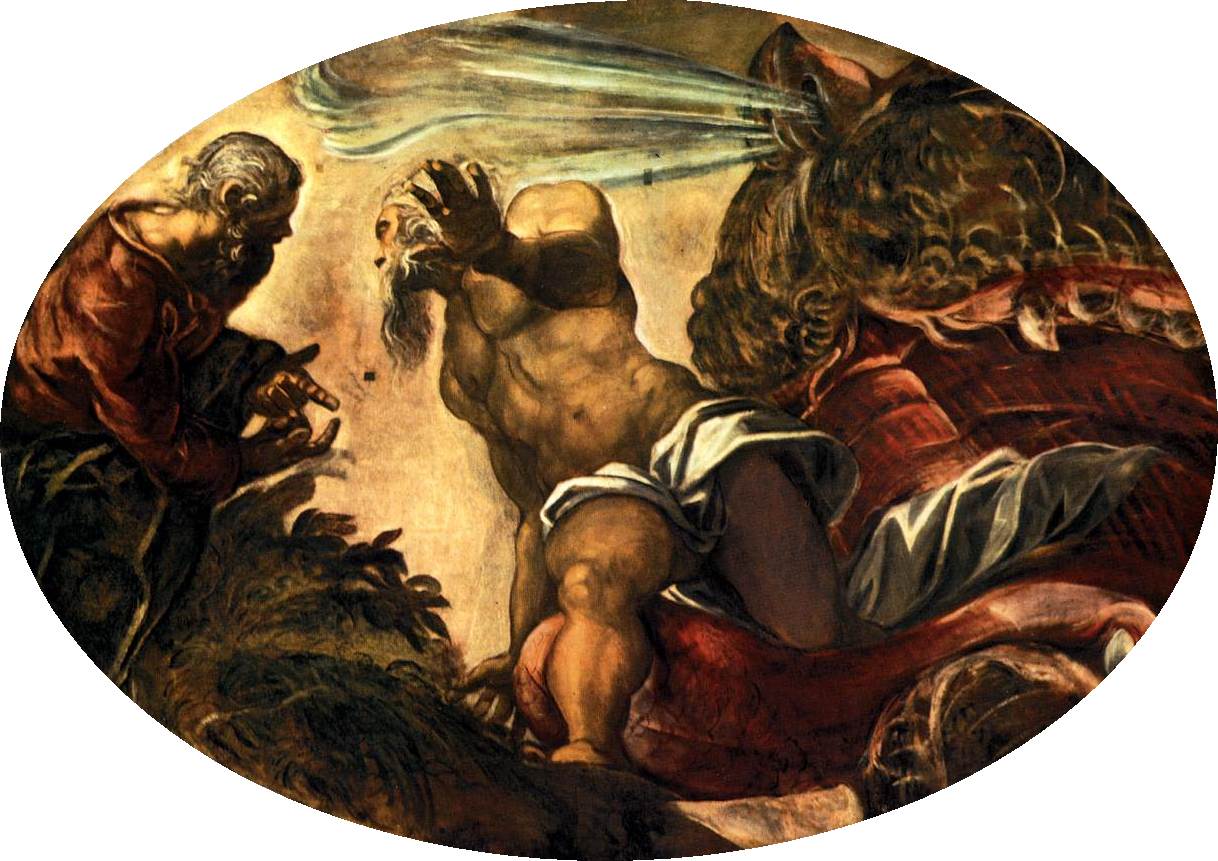 To resurrect the Self, all that is superfluous and external must be suspended, however fleeting and nuanced. For it is precisely through this phenomenological suspension that the External can be revealed – and later dispensed – for what it is: the world’s objectification; that which deludes and obscurates the Individual’s own self-understanding.

To say it another way, for The Self to emerge from the non-bodily experience of objectivity, it must differentiate itself against objectivity; it must war against every moral-emotional entanglement that seeks to keep it tethered to everything prior, communal, universal – even himself as prior, communal, etc; entanglements that ultimately preclude one’s authentic expression; authenticity which alone founds a man as the source of his own power.

What’s more, such violent aesthetic exercise isn’t relegated to the altered state of mind alone, but manifests its qualities in the everyday life and thinking of the newly-realized Subject. On the one hand, such a man becomes harsher with himself, more demanding, essential, profound, strange, proud, solitary, and unapologetically so. On the other, he becomes less demanding in his dealings with and expectations of others, aware now of how difficult the gauntlet of sensual resurrection can be, one that is all but impossible for the vast majority of men (and rightly so). He also finds himself more open to and particularly desirous of contradictory and often paradoxical ideas, and also more sensitive to the profound uniqueness of experience itself, even something as formerly mundane as the experience of everyday life.

In short, The Self, having overcome the struggle against the ineffable awe of objectivity, begins at long last to take the first of many difficult steps towards becoming his own master: of his mind and moral source of his beginnings; progenitor of his own desires, evoker of his own fears, impetus for his own impulses; arbiter of his own destiny and maker of meaning; the artist who continually remakes the sole subject of his obsession – himself.