Souls on the Banks of the Acheron, Adolf Hiremy-Hirschl 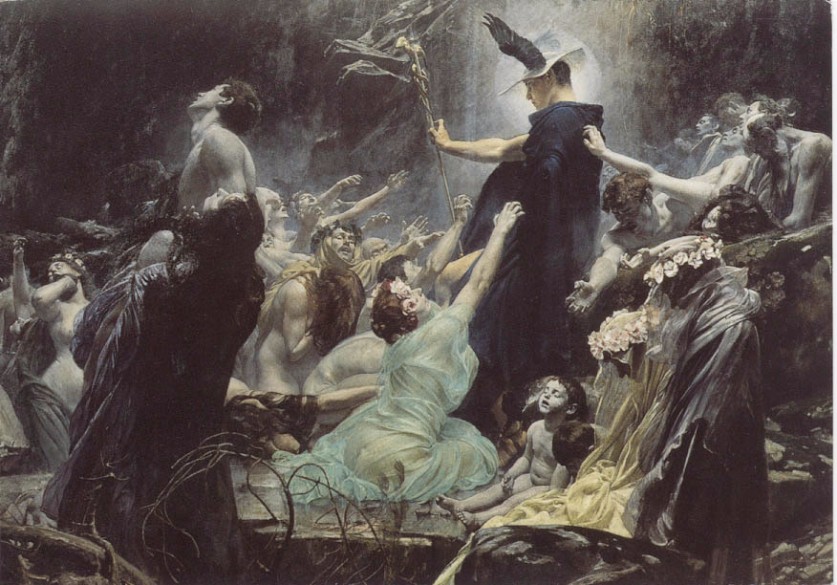 Adolf Hirémy-Hirschl (1860–1933) was a Hungarian, Jewish artist known for historical and mythological painting, particularly of subjects pertaining to ancient Rome. Some of his major history paintings have been lost, and many of his smaller works were retained by his heirs until the early 1980s. Although he was one of the most successful artists of fin-de-siècle Vienna, these circumstances, along with the rise of Gustav Klimt and the Vienna Secessionists, put his reputation in eclipse.