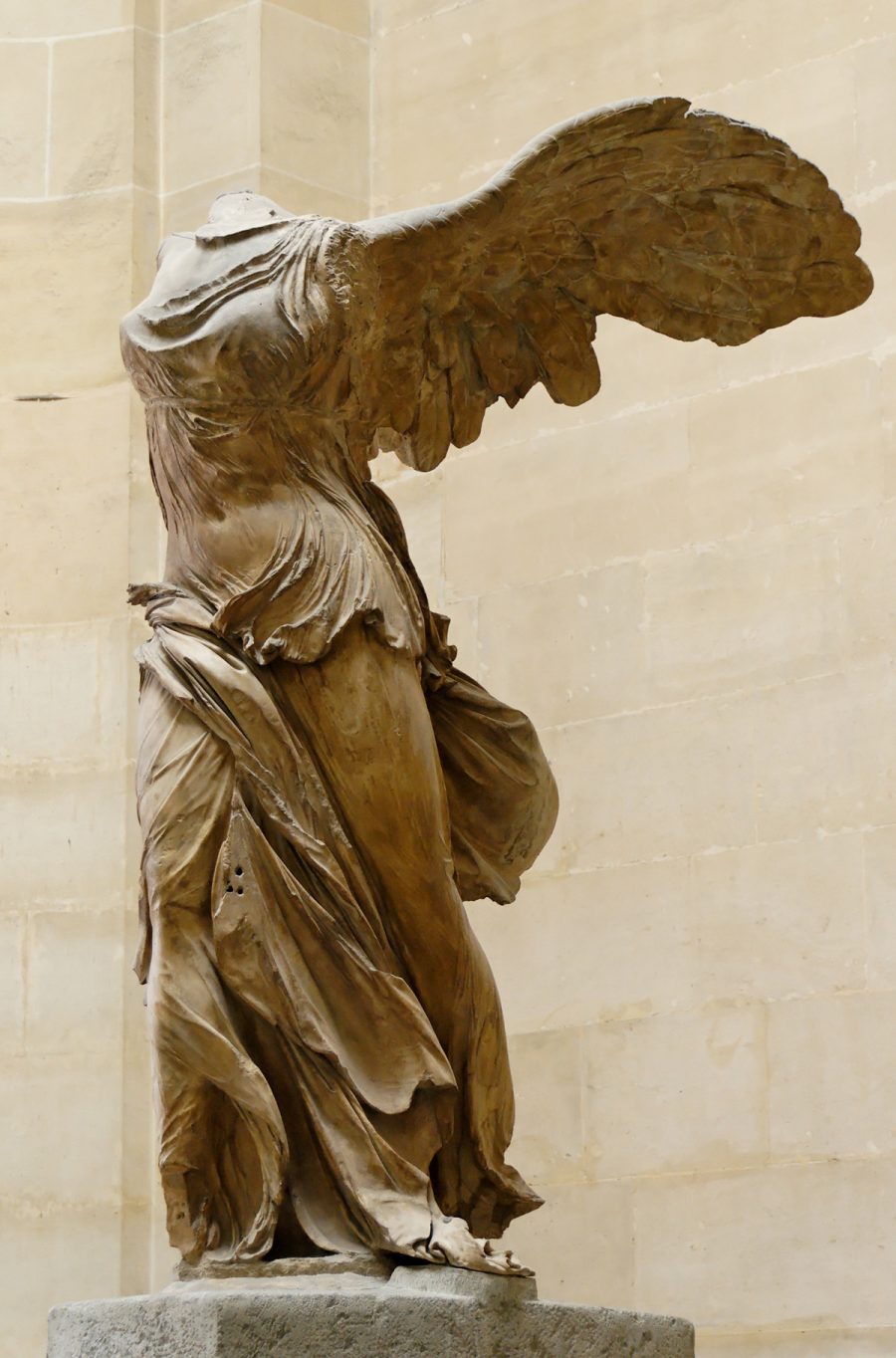 Nike of Samothrace, The Louvre

“No man has the right to be an amateur in the matter of physical training. It is a shame for a man to grow old without seeing the beauty and strength of which his body is capable.” – Socrates

​The vigor, soundness and overall health of one’s physiological constitution finds its direct reflection in the synaptic configuration of the physical brain.

​Though metaphysically distinct, the domains of “Body” and “Mind” are nevertheless mutually dependent, exerting a direct, symbiotic and often commensurate relationship to and with the other. To exercise a particular metabolic pathway or bodily system is to exercise a corresponding neurological pathway or cognitive system. For as we can all well imagine, the human brain didn’t “evolve” independent to or in ignorance of the body in which it dwells, nor did it develop into its current state because we “thought” a lot or deeply but because we moved a lot: the “whole man” in various ways both up and down and left and right and across incredible distances of stupefying complexity and inexhaustible danger.

Said another way, conscious thought did not arise suddenly from a phenomenological vacuum but as a by-product of millions of years of bodily mechanics, thermoregulatory adaptation and accommodation to the dietary limitations that ebbed and flowed with seasonal change, migratory flux and shit luck.

He who desires a prodigious level of creative productivity should dedicate himself to a fitness regime that aims at achieving a high level of general, nonspecific or “well-rounded” bodily robustness; an athleticism that manifests itself as an ability to run long distances at a respectable pace, and sprint when needed, and lift reasonably heavy objects, as well as to sufficiently jump atop and otherwise navigate various obstacles – all the while maintaining the capacity to recover from said activities in a comparatively brief period of time. 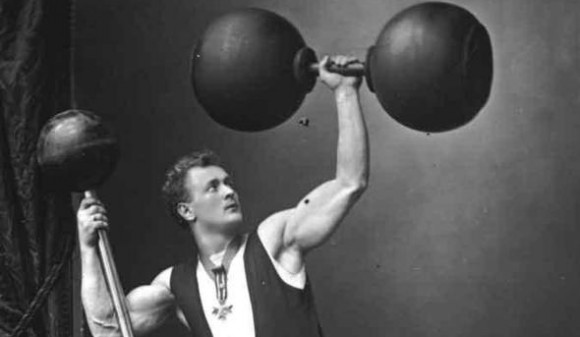 Such well-roundedness is not only attained through movement, but by imitating the various energetic hazards that plagued our forebearers’ every ancient step, namely: prolonged exposure to cold, heat and uncertainty of the wild; intermittent oxygen and caloric deprivation, solitude; the stressors of war, familial ritual and so on.

Novel intellectual insight is first and foremost a bodily phenomenon: a product that results from the physiological fitness and overall soundness of one’s corporeal system.

The mastery of new (or resurrection of old) athletic skills – to include the overcoming of one’s previous benchmarks – will have a direct effect on the quality and innovation of one’s thought and creative output.

Physical excellence through diligent regimentation should be seen as a prerequisite to aesthetic excellence.

Goal: to raise the Body of Man to divine status; to resurrect the notion of the body “as temple”, one in which a man’s personal gods are sacrificed to and worshipped via the sacred acts of eating, sleeping, play, sex, sport, cleanliness and so on. 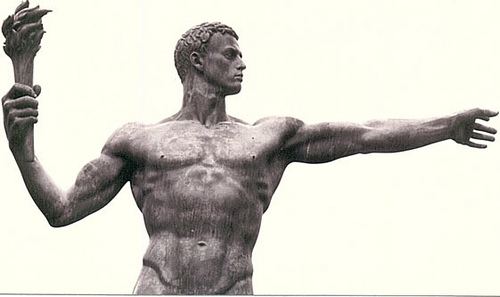 The Great Torchbearer, by Arno Breker

If a new “faith” is to arise from the nihilistic ashes of the Modern soul, it must assuredly have as its core a reverence for the physical flesh, one that each man can express through athletic activity and the ecstatic exploration of his own senses.