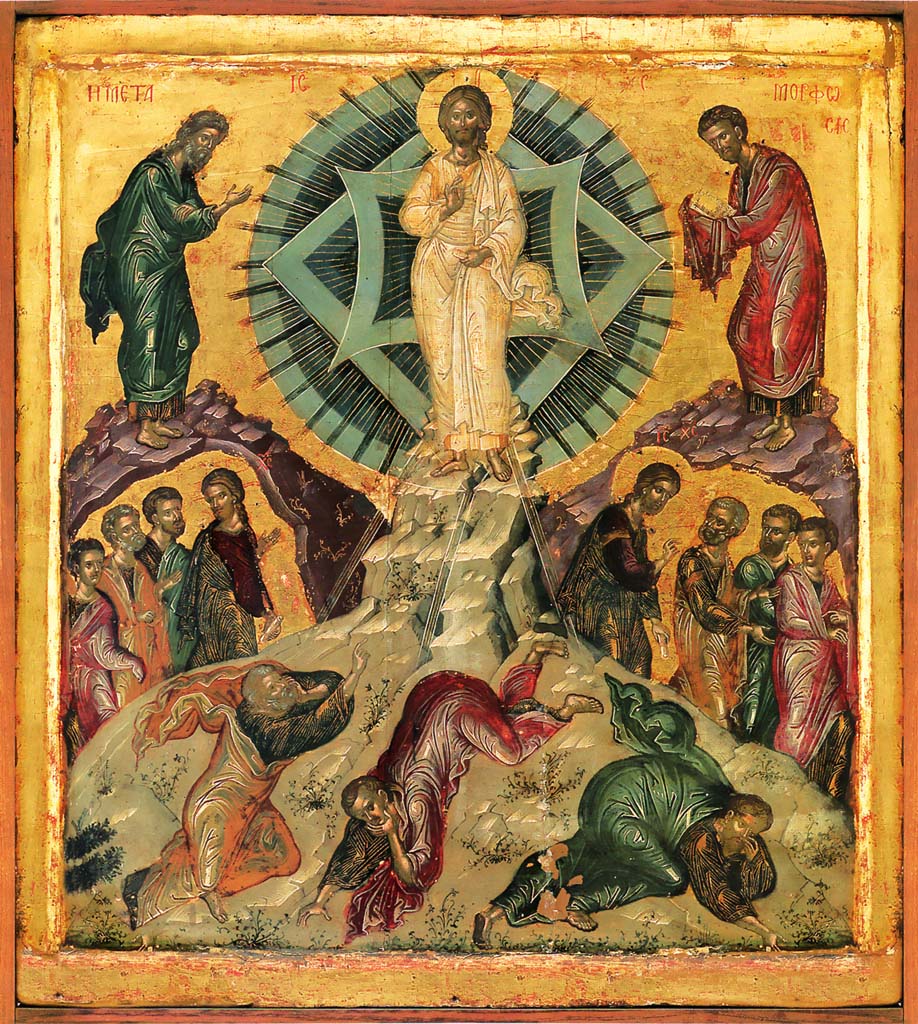 The Transfiguration, Theophanes the Greek

Faith – blind, arrogant and audacious – is the sole expression possessed of man capable of empowering him to approach the ultimateness of Being; faith which, though in itself metaphysically incapable of achieving this end, nevertheless enables a man to begin to willfully differentiate himself from that faith-weak mass of humanity which chiefly marks itself by the puerile practice of “hope”; hope which, far from fortifying a man with the internal strength required to attain any object of want, continually neutralizes the willfulness he may seek to express by way of the reasonable, rational platitudes that define the common sensibility; “common sense” which prevents its every practitioner from pursuing any worthy end at all, undermining (as only hope can) a man’s audacity and initiative, leaving him perennially beholden to the vain optimistic tyranny of so-called “positivity” of mind and thought.

The last line of defense against the disease of common thinking is uncommon living: the implementation of certain irrational, unreasonable and even seemingly chaotic practices performed not intermittently or accidentally but as routinized habituations that carry with them the weight of compulsion; practices that require a certain bodily sacrifice and psychological surrender to the illogic of intuition and personal instinct; those instincts which are not merely foreign to the kind possessed by the herd but are, in fact, repulsed by such herdishness; the herd which, unaware as it is of its own herd-like nature, only moves as and when and because it sees its neighbor move, that neighbor who moves because its neighbor moved, and that neighbor its, and its its, none of them knowing who moved first or why, let alone where their animal spirits will ultimately lead. 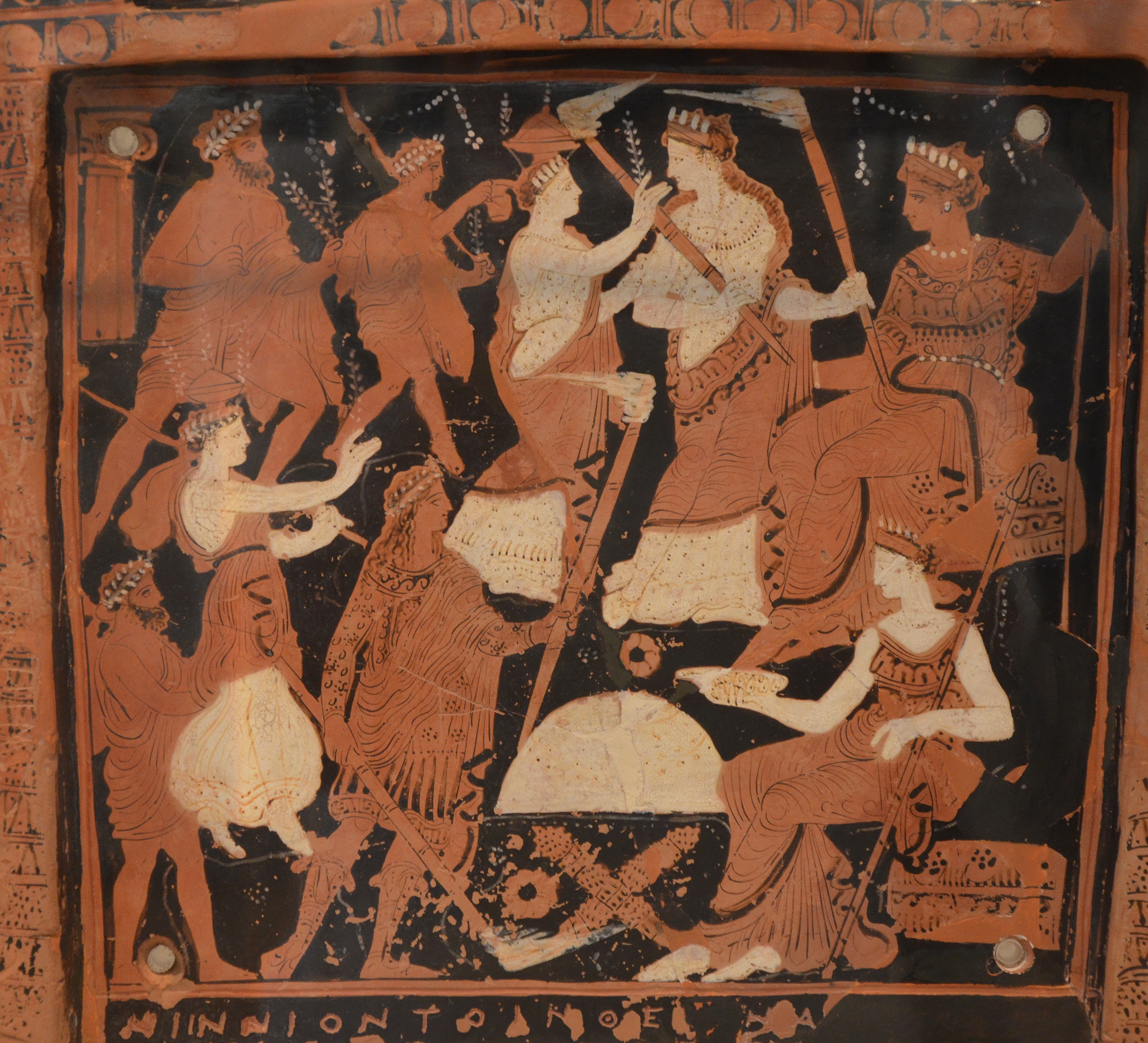 Self-awareness, or else “the perception of subjectivity”, is (in no uncertain terms) power; “power” seen here not as that charismatic force wielded over others but which arises from the actualization of those nameless, faceless internal forces that – by hiding in the shadow of unconscious ignorance – influence a man however they so will; self-ignorance which, though it ensures that a man will seldom (if ever) perceive his own alienation and existential isolation, always comes at the price of creative impotence, cultural servility, existential vulnerability and the ceaseless violation by the hands of those who are aware and by it, “possessed”.

Without question is philosophy, as Art’s most self-aware practice, the most existentially empowering habit a man can adopt but also the most emotionally taxing: philosophy which demands in exchange for its accumulating power the philosopher’s enduring promise that he will never lord it over others in order to obtain some selfish end; power which can only be persistently amassed by its subjective conservation and reinvestment into and upon the individual self.

The development of instinct can only be accomplished by and through the evolution of and consistent engagement with certain difficult and irrational states of mind, all of which are ranked according to the linguistic subtly that epitomizes the most authentic or “truest” expression of each gradation, those expressions which, among themselves, are ordered according to the degree of self-awareness each linguistic state is capable of provoking in the one who speaks it: the more conscious-ing the language, the loftier the gradation it will assume in relation to its neighbors and rivals and more powerful, timeless, true and yet difficult the insights will ultimately be, those which can only be understood by the evocation of the linguistic state of mind through which it was originally perceived and finally expressed.

Who, then, can divine a thinker’s ontological state whenever he penned his tract? To obtain the same mode twice in a single individual is – as Heraclitus implied – impossible. How could thus any “outsider” even remotely capture the essence or intent of what a man has said?

No, if there be any hope of understanding one’s fellows, every effort should be made to imitate that particular state of mind the thinker was enthralled whenever he, alas, sat down to write. 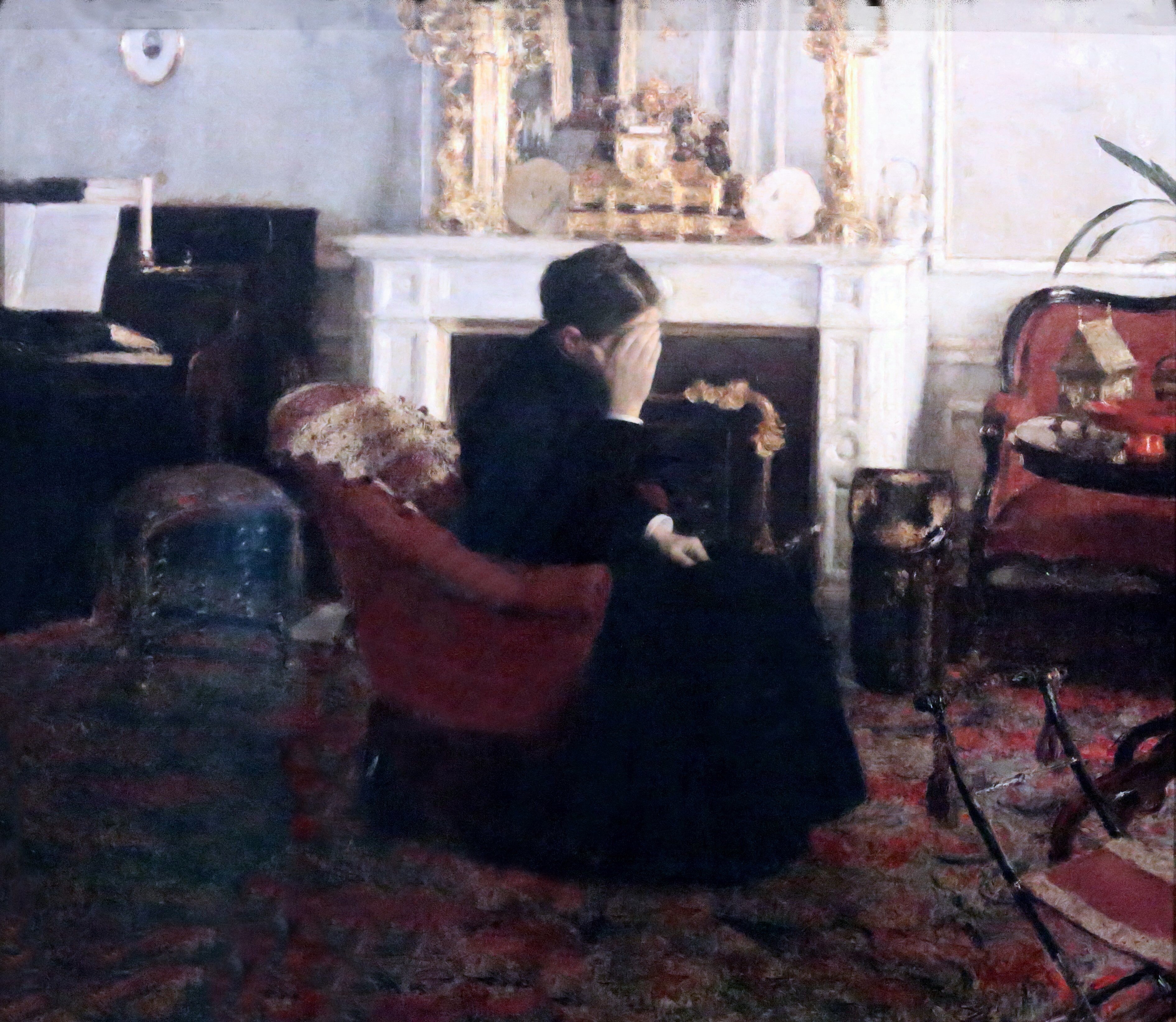 Failure to evoke the higher and more self-aware states of being when reading the work of, say, profound philosophers is the primary reason their words are so often lost to and perennially bumbled by the fat-fingered misunderstandings of ever-contemporaneous time.

The trouble with the artistic expression of self-awareness is that it too readily and definitively alienates the artist’s work from his audience, the same alienation that a man feels when, as outsider, he attempts to ingratiate himself in a closed conversation between long-time lovers or siblings, fellow war veterans, traveling companions, and so on; relations who, having already covered sufficient emotional ground through the abundance and intensity of communal time spent together, in every way speak in a kind of shorthand and innuendo, an implication and assumption whose relational import – should it ever be explicitly stated by either party – would too easily shatter the delicate solemnity of whatever experiences they shared. 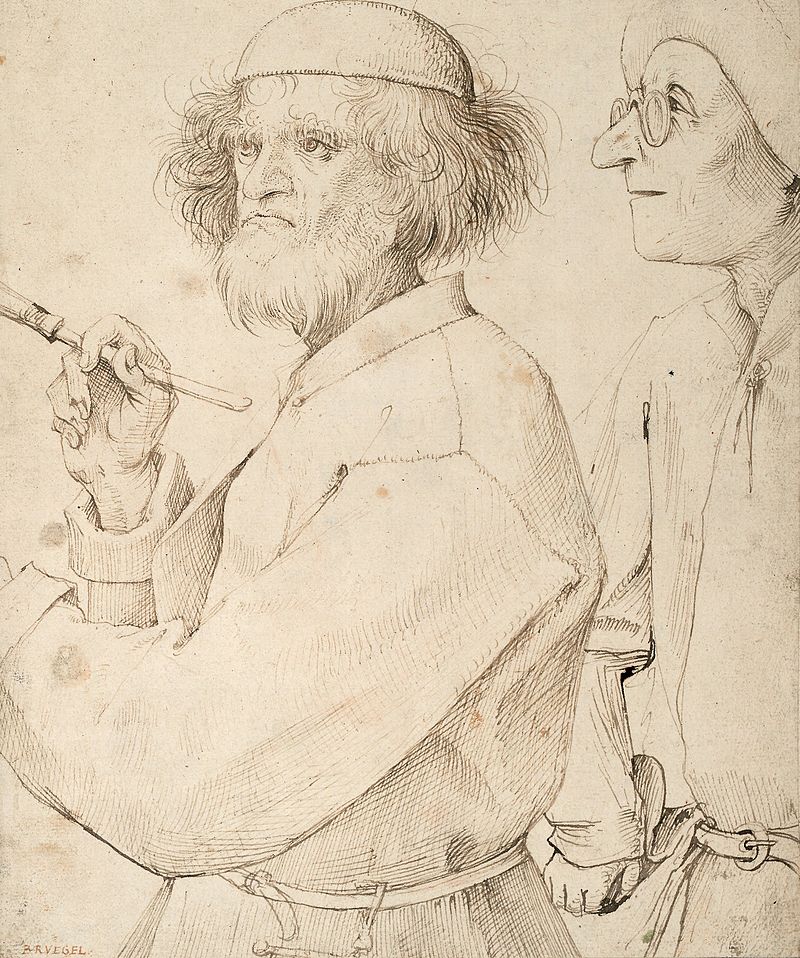 The Painter and The Connoisseur, Pieter Bruegel the Elder (self-portrait, questionable)