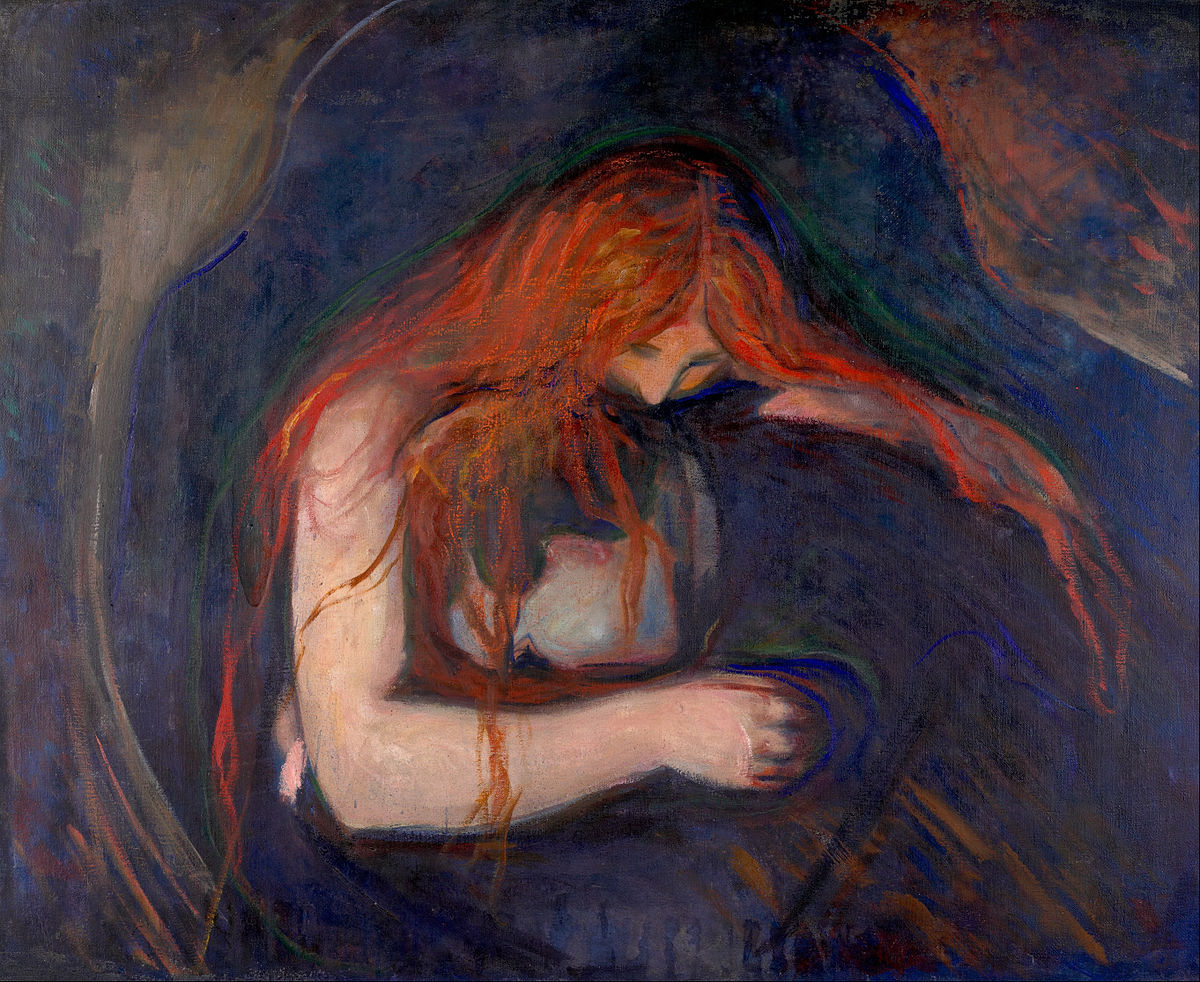 Philosophical or existential pessimism is that opinion which perceives suffering not as an elixir and stimulant of life – even, indeed, the greatest of all stimulants – rather, that suffering is the greatest ill and deterrent of life; pessimism which seeks not to transmute the experience of suffering into an elixir but accepts it for as it is, or at least how it appears.

Suffering is life, even the life of a Christian and perhaps most specifically a Christian, as it is written, “For the creation waits in eager expectation for the children of God to be revealed. For the creation was subjected to frustration, not by its own choice, but by the will of the one who subjected it, in hope that the creation itself will be liberated from its bondage to decay and brought into the freedom and glory of the children of God.” {Rom 8:18-21}

Further, the Christian at a minimum desires to depart this life so as to be with Christ, for “to live is Christ and to die is gain” {Phil 1:21} and in such a desire does a Christian never find a lasting respite from his internal travails if indeed he has come to love Christ as the Spirit within him leads. In truth, His desire to be away from the body and at home with the Lord only increases as one’s relationship with Him matures and grows.

“True” philosophers are not those who seek to solve the world’s problems, nor even their own, but are, in fact, tasked with greatly multiplying the world’s problems. Indeed, the greatness of a philosopher can be judged by the degree to which he has identified certain novel problems of the age in which he lives and has expressed those problems in a profound enough way to history itself, for better or ill. Whether anyone considers his words within his lifetime is immaterial.

I will never be able to overcome nihilism by any idea or ideological system fashioned by the cleverness of my own mind. Truly, only by the sovereign will of the Lord working via His Holy Spirit based upon the finished work of Christ am I able to effectually live in a world of nihilism and futility. For Christ has “overcome the world” {John 16:33}, even with all its futilities. Christ has overcome “manhood” as it were, and freed us from the meaninglessness inherent to our human condition.

When we consider the various definitions of the Greek word “logos” – one of those definitions being “the totality of reason itself” – “logos” which was not flippantly or haphazardly placed in the first passage of the gospel of John by the working of the Holy Spirit but which was intended there for a purpose, despite all the many implications and conflicting associations with the word itself, we can further say that Christ – as Logos – crucified the world and the life of Reason and redeemed its futility by the blood of His suffering when He was resurrected on the third day to the newness of eternal life in and of Faith. Now, as to an individual’s understanding of this death of reason and the newness of the life that it enables as it pertains to their own experience in the flesh, only the impartation by the Spirit can reveal this to man; some to understand it, others to not.

If God, as God, which is to say “the totality of all there is or might be”, exists as such a totality there can be no freedom of will, nothing at all that His creation might do or not that will surprise Him, or vex Him, or anger Him, or spur Him to unsuspecting love and affection. Indeed, it is only through the temporary, limited omniscience of Christ as creation’s “suffering servant” that God, who is timeless, formless, limitless, all-powerful, and everywhere all at once, can experience the novelty that His creation experiences, but even then, only in part, for He is still God.

Without such Christ-borne novelty can the Godhead likewise not also experience any emotion, especially love which, as it is written, the Word says that God “is”. {1 John 4:8} Thus, God could not experience anything without the Son and Christ’s unique human attributes – not even Himself as Godhead.

Freedom of will is illusionary. Indeed, it is the most pervasive, pernicious, and deleterious of all human allusions that the aesthetic machinations of man have ever “idolized”.

Worship of this freedom is the most destructive form of idolatry that might be practiced by man.

I have endeavored and still endeavor to write a “book” with a singular intent and focus, with actual paragraphs that build upon, magnify, and are interrelated with the rest, and perhaps even chapters and whole parts of a book. Alas, even this current “book” does not and will never attain the status of “book”, it being merely an ad hoc collection of confessions, sayings, and revelations. It, in fact, goes grossly the other way than my other offerings: being bound by nothing whatsoever, completely “formless and void” as all my writings before this; the author of it all, this “William Fallon”, this creation of my pen of whom I don’t rightly know nor probably ever will.

In boredom, monotony, and the sterilization of all novelty that never slacks from distracting men according to its own incomprehensible will, is found all truth, creative capacity, and the rest by which man forever seeks but repudiates and rejects the moment he finds it.

“Lord, I want to be bored. Make me find rest from all my many labors in Your holy boredom. Amen.”