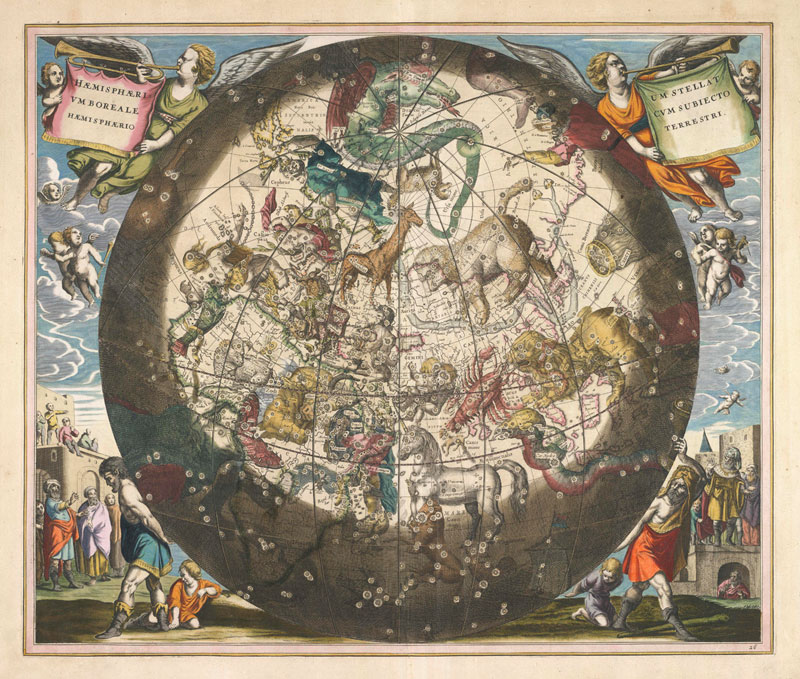 Without question was Language, which is to say, that Ineffable Act which eternally separates the Subject from Object, or else “This” world from “That” – an Act that separates as well the earth from moon and sun from stars and sets to each its lonely orbit – not only the beginning of Man “as such” but the beginning of all “things”, to include time, space, place and motion; all of which, no matter how fluid or seemingly impenetrable their essential meaning(s) and purpose(s), approach or are approached by the Subject as distinct sensual – and thereafter linguistic – differentiations, those which the individual perceives either novelly or as the actualization of the accumulated history of one’s own body; perception which one unconsciously begins to encircle with the impressions received by and into the senses; impressions which, if acute, intense or contrastive enough begin to breach the realm of awareness in the form of genuine Emotion: that which not only prompts and indeed is the body-mind’s initial attempts to organize the incoherent meaninglessness of bare sensuality, which, if made intelligible enough to man’s Reasonable faculties, is thus christened by those faculties as worthy “experience”; Experience which alone is imbued with the potentiality for the attribution of “meaning”; Meaning which is necessarily clothed in the words of man who is himself also a word as well as cloth; man-as-meaning-making-flesh the highest, hardest and most tenuous goal of nature, should she even the ability to have one: man in this capacity who is always without blemish, without sin, just-as-he-is, however-he-is and eternally needs-to-be.

From a broad and grand enough view, one that has the power to gather as many linguistic, aesthetic and scientific disciplines as possible under a sole, sweeping banner, one might well be able to say that “History”, or “the continuing self-awareness of Time itself”, is little more than a cyclical vacillation between epochs of (1) increasing hierarchicalism that sees the subordination and orientation of every idea and deed under and towards a single, solitary and near-impossible point in the starry heavens by which the “individual man” (should such epochs even know themselves as such) and his greater society might order themselves and thereafter think, move and act as unity, and (2) the subsequent (and inevitable) descent or disintegration from that point towards an incomprehensible age of flatness, plurality, relativism, individualism, atomization, alienation as well as all the many intellectual, aesthetic, philosophical, scientific, technological, social, psychological and emotional consequences that necessarily prevail in such a chaotic wake. 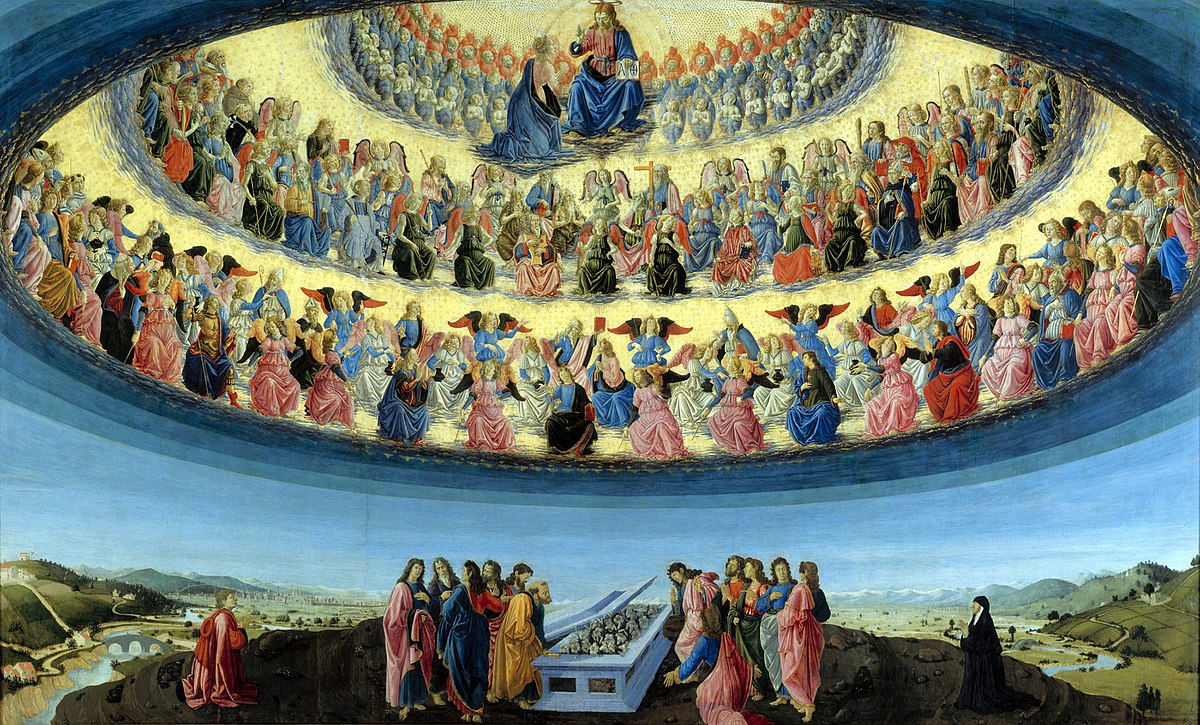 The Assumption of the Virgin, Francesco Botticini

From both a mental and material perspective, times of descent see, paradoxically, the greatest, most acute, voluminous, prodigious and ingenious level of civilizational “productivity”, that which becomes so voluminous and stupefying that it overwhelms a society’s ability to rightly valuate anything as either worthy or not, disorienting man to the point where he eventually begins to unconsciously yearn for that former order and existential stability he once enjoyed when he toiled under authority, however austere and tyrannical; yearning which culminates in humanity’s universal cry and subsequent creation of a single God and King to bring together, subdue, terrorize and rule; that Force in whose hierarchical command nature again might be directed towards her most necessary direction: upwards and away from the disintegrating sins which stain every hand of man should he be left to his own subjective devices: we who have all gone astray and always will without the whips and chains of Unquestionable Truth to hew us perpetually in, and mow us evermost down.

He who sits at the head of a great banquet and proceeds to eat the whole of the cosmos and all that is in it, only to shit a dead gnat after a fortnight of indigestion and constipation.

He who, upon seeing that gnat and its man now bloated with the fat red face, is inspired to write a tragicomedy, one that can’t help but satirize also the banquet itself and its whatever occasion and fortnight length; satirizing next the word “fortnight”, then “length”, then the nature of time and finally he himself as writer satirizing fortnights, lengths, time and so on.