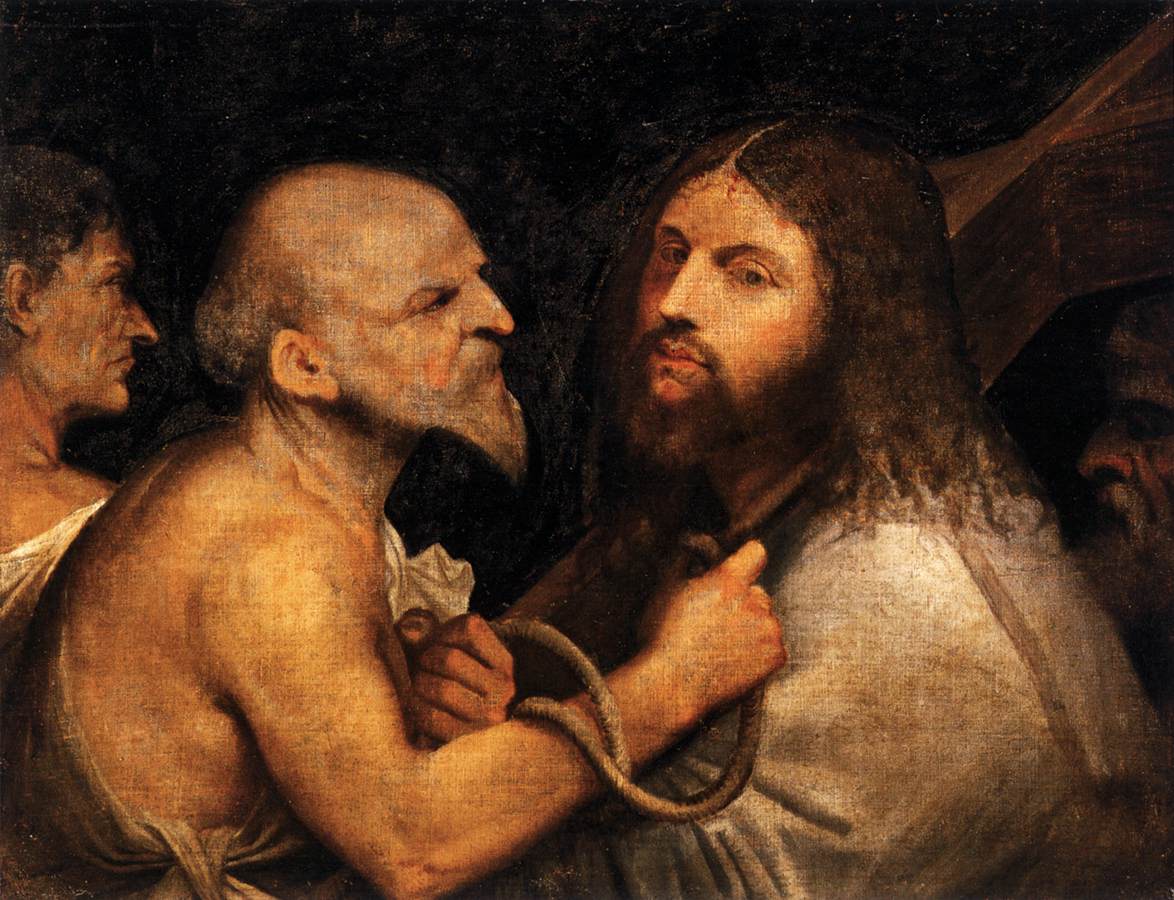 Christianity, as far as my ignorance allows, is the first belief system to have introduced the concept “love” – particularly “agape” – into the Godhead, to equate God (or any of the gods) with Love beyond mere admiration or awe, beyond vanity, beyond sexual desire, beyond the acquisition of passing pleasures, pleasant feelings, pleasing sights, beyond practicality, utility or any other need that might beset the anxious heart of man; Christianity which had and still has the audacity to claim that God not only loves man – weak, sinful, finite – but is, in fact, Love itself, Love not expressed from an impersonal distance but a demonstrative, intimate Love that emptied Itself of Its divinity and made Itself of no regard by taking the form of a bondservant fashioned in the likeness of man, in whose brittle form Love humbled Himself by becoming obedient unto death, even death on the cross so that He, as our great “High Priest”, might intercede and make continual sacrifice of Himself to Himself on our individual behalves, all of which, though most certainly echoed, foreshadowed, imitated, and intimated in innumerable miniature through myriad myth, symbol, religion, and song from time immemorial, had yet to fully culminate in the life, time, and deeds of a single living human being until the life, person, and work of Christ: He the great fulfillment and completion of humanity’s Master Epic.

For in Him did every prior mythological and transcendent artistic expression – in all their disparate, seemingly unrelated forms – find their most authentic embodiment, synthesis, actualization, and narrative integration, those myths that were created by Him and for Him and about Him which he did not seek to repudiate or lambast but substantiate. Indeed, Christ’s sacrificial life, in fact, galvanized, ordered, and fulfilled the purposes of the myth and their heroes – whether man, gods, or demi-gods – and by so doing granted immediate relevance and everlasting authority to the highest, most beautiful, and truthful artist endeavors of man, whether the race was aware of his artistry or not: Christ the Master Protagonist of every epic, every tale, yarn, and story, the immutable form that archetypes every Hero ever rendered in verse; He whose substance validated and still validates the most ardent and earnest endeavors of man, even if Faith in Him be completely lost among those who so endeavor.

For a Believer – of and in anything – to speak well of his belief and to otherwise preach its virtues to the unbeliever so as to win souls or minds or hearts to his cause is not merely ineffective but actually lethal to the apprehension and understanding of truth as well as its honest, unbiased communication.

No, the most effective – i. e. “enduring”, “objective”, “universal” – argument for any belief can only be raised by one who (though he may indeed err to belief’s side) does not fully “believe” in that which he argues. Such a one is, of course, relatively free from the limitations of bias and the handicapping mystifications that his own personal prejudice imposes upon his mind and thinking; prejudice which, existentially imbalanced and thus incapable of ascertaining the “essence” of anything, in fact, irreparably tarnishes any hope of understanding – let alone apprehending – the blinding verities of Truth that can only be approached when one is willing to sacrifice the certainties one holds dear, no matter how marred his conscience might be for maintaining such a grip.