Once a man (or a people) surrenders to the forces of decadence, in any its myriad form – surrender which always culminates in the establishment of a moral code that seeks to justify one’s continual degeneracy – it is impossible for him (or they) to regain a state of health and balance; decadence which weakens and saps an individual’s moral fitness and strength of character to such a degree that one will find himself completely unable to muster the necessary vigor to mount a sufficient physical, emotional and mental response; strength that can only be maintained, on the one hand, by the implementation of a certain rigorous standard of personal and cognitive conduct, that which expresses itself principally through dignity, pride and obstinacy towards what one considers based, brutish, sentimental and cheap, and on the other, a certain visceral expression of self-hatred whenever one does succumb to temptation or commits an outright crime against said standard: hatred, disgust and indignancy towards one’s own unhealthiness which is far more needed than so-called “love” in the war against decadence and decline.

The primitive man – he who does indeed still exist on the earth and in probably equal or even greater proportional numbers than in time’s past – can be identified by his inability to “generalize” across time, space and humanity the phenomenological effects he subjectively perceives so as to universalize or extrapolate their potential implications into a larger, further-reaching “concept”; general-universalization and the over-arching concepts that such a phenomenon produces which the Greeks attributed to the working or “cause” of the Logos, that Force whose products can, at least theoretically, be approached, handled, added to and manipulated by seemingly anyone, granted they also possess the innate mental tools required to conceptualize and extrapolate (or at least display the capacity to be taught such); conceptualizations which – as objects held, in a certain sense, “in public trust” – allow for more numerous and diverse inputs be contributed by a greater range of divergent peoples and opinions, specifically those that might exist beyond the cultural and genetic narrowness of whatever group conceptualized it first; inputs which, by accelerating said generalization through diversification, soften and round those otherwise spiny peaks and coarse edges of cultural specification (and often linguistic exclusion) that naturally manifest whenever a novel phenomenological accomplishment arises from a particular people in and at a particular place and time.

We might loosely associate this general-universal-conceptual practice – or “working of the Logos” – with the cognitive phenomenon hitherto known as “rationalization”: that power which, unfathomable as to its ultimate consequences, enabled ancient Greece, despite her geographical handicaps, poverties of resource and the darkening shadows of those greater, more ancient and glorious civilizations that surrounded her, to eventually stand unique and triumphant among all the peoples of classical world in the realms of thought and cultural accomplishment. 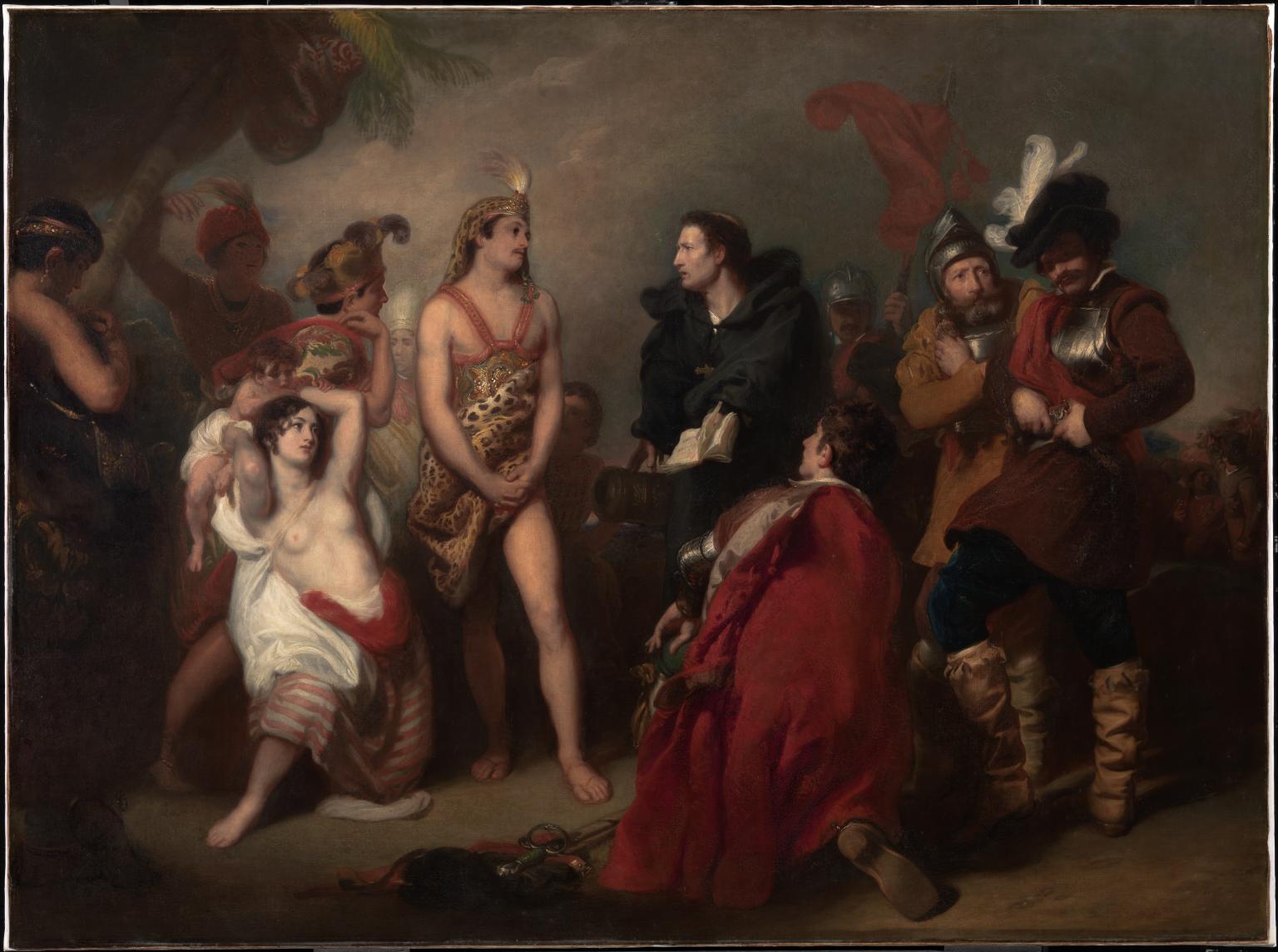 The First Interview Between the Spaniards and the Peruvians, Henry Perronet Briggs

The primitive mind, whether it exists as a sleepy, subterranean instinct deeply embedded in the cogno-emotional faculties of the “Logo-centric” man, or as a superficial and active force in the aesthetically immature and metaphysically under-developed “savage”, is in itself incapable of universalizing, extrapolating and otherwise “serializing” the sensory effects it perceives beyond its most culturally-dependent linguistic association; inability that prevents the primitive mind from achieving a more holistic, balanced, general, coherent, enduring and endurable understanding of itself and the phenomenological effects which seem to so ceaselessly afflict and harass its soul without apparent goal or purpose; afflictions that must be brought under the dominion of order and predictability so that a man might move beyond the futile and inescapable tyranny of the present; the Present which, by casting so dense a cloud of impenetrable doubt upon the perpetually-chaotic future, compels the primitive to continually give himself over to the incessant demands of the here and now which renders him a slave to the disintegrating dissolutions that prevail in wake of sensual overindulgence; disintegrations which assail the primitive soul as certain disembodied and unrelated emotional accidents that, because his linguistic faculties can do no otherwise, he renders into distinct symbols and specific images, those that he must, in turn, mythologize or else “fictionalize” into some kind of meaningful patchwork with the hope that it may imbue him with at least of semblance of coherence and stability by which to navigate his own life and world, that world which shrinks to the degree that emotional irrationality, symbolism and overt mythology dominates his so-called “thinking”.

Can (it begs be asked) this general-universal-conceptualizing principal be taught to the savage? Can the “Logos” (as it has here been accentuated) be successfully invested into the primitive mind through education and indoctrination so that he might express it to a certain satisfactory standard? 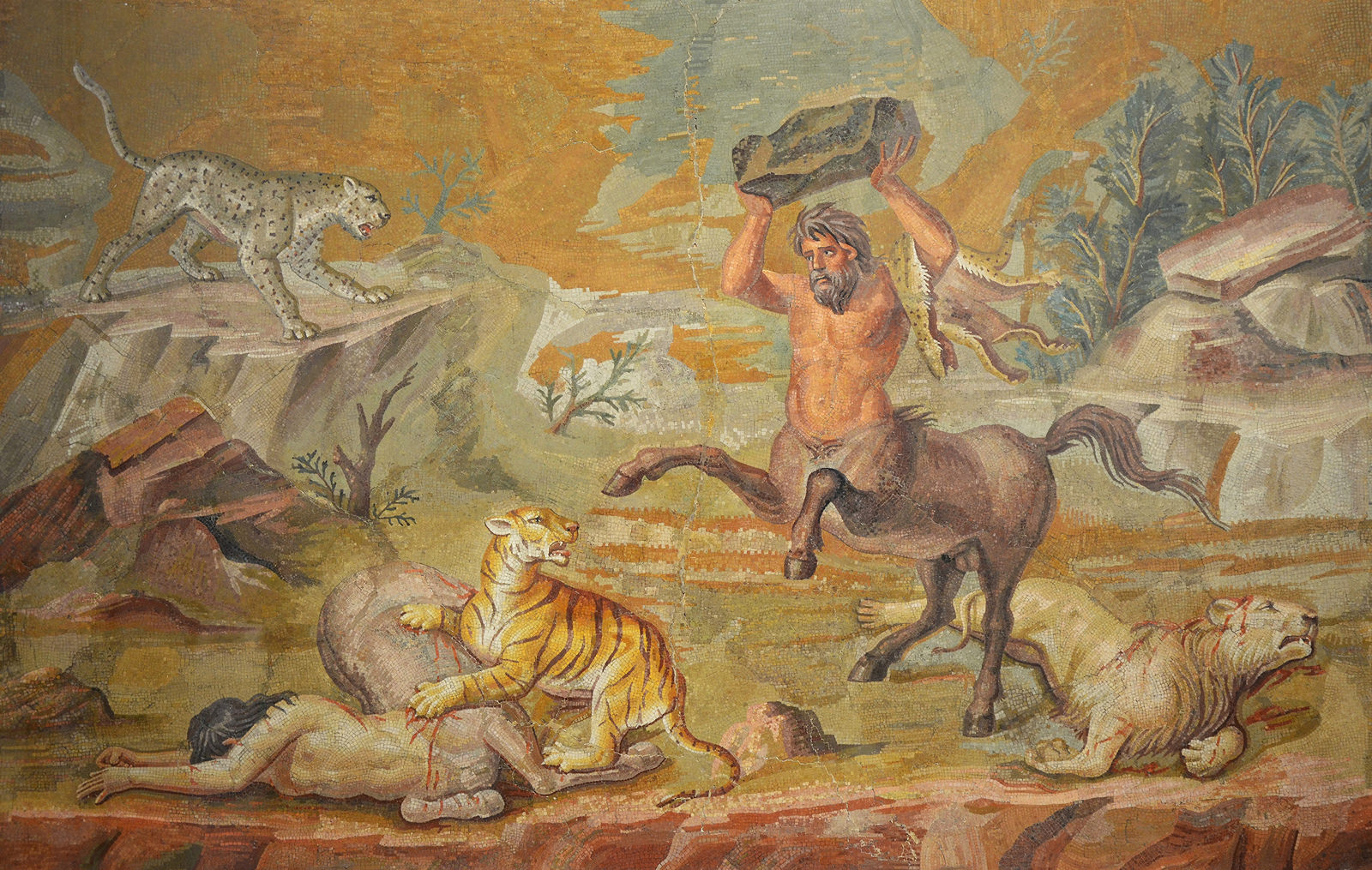 “Certainly,” one could say, the same as any language can be learned, grasped and even employed in some cases more effectively, delicately and conscientiously than the native speaker who – thoughtless and thus careless as man so often is with those things given to him without effort – seldom reflects upon the mystery which serves as the basis for his thought and by it, the metaphysical reality in which he dwells.

The more pressing question is: can the Logos in its most authentic, “truest” or, in this case, most “natural” and “implicit” form be enduringly maintained by those far-flung races who played no part in its initial discovery, were absent through the bulk of its development and, as a rule, possess few, if any, of the inherent cognitive tools by which its autonomic pursuit may enduringly perpetuate without the unending need to re-educate such practitioners as to its most basic and rudimentary workings? – the cost of that education, immense and burdensome as it certainly is, which will, in relatively short order, outstrip any profitable return that may be obtained from such investment.

In light of this, given the obese, infertile and self-deprecating malaise that currently afflicts those races in whom the Logos enjoys its most natural climate and suitable soil, it takes no grand power of clairvoyance to predict what the next thousand years will most probably bring to the pitiable people of the earth when the once-proud and peerless, now decadent and exhausted heralds of rationality – i.e., the graying European wherever he drowsily spans – are biologically overcome and culturally subsumed by those irrational, emotional and childish races of mind and thought who through their bestial fecundity and inexhaustible lusts are presently bursting their sodden ignorances across the whole of the globe: the savage who, by expending his own future for the irrepressible gratification of the passing present, yearns through his palpitating loins to reclaim through sheer offspring the providence of man away from the Logos so that he may remake the race in the vision of his own mytho-emotional barbarity, that which will require innumerable centuries and unfathomable cultures to rise and fall before the human spirit can yet regain even a semblance its present state, however so doomed that one too will inescapably prove.

A writer, as he matures his craft, realizes he principally writes to satisfy his want to forget and put behind so that he may move beyond that which he previously was and thought and wrought by the labor his tireless pen, labors which (precious to him as they are) he knows tomorrow he’ll be compelled – because he can do no otherwise – to sacrifice and destroy. 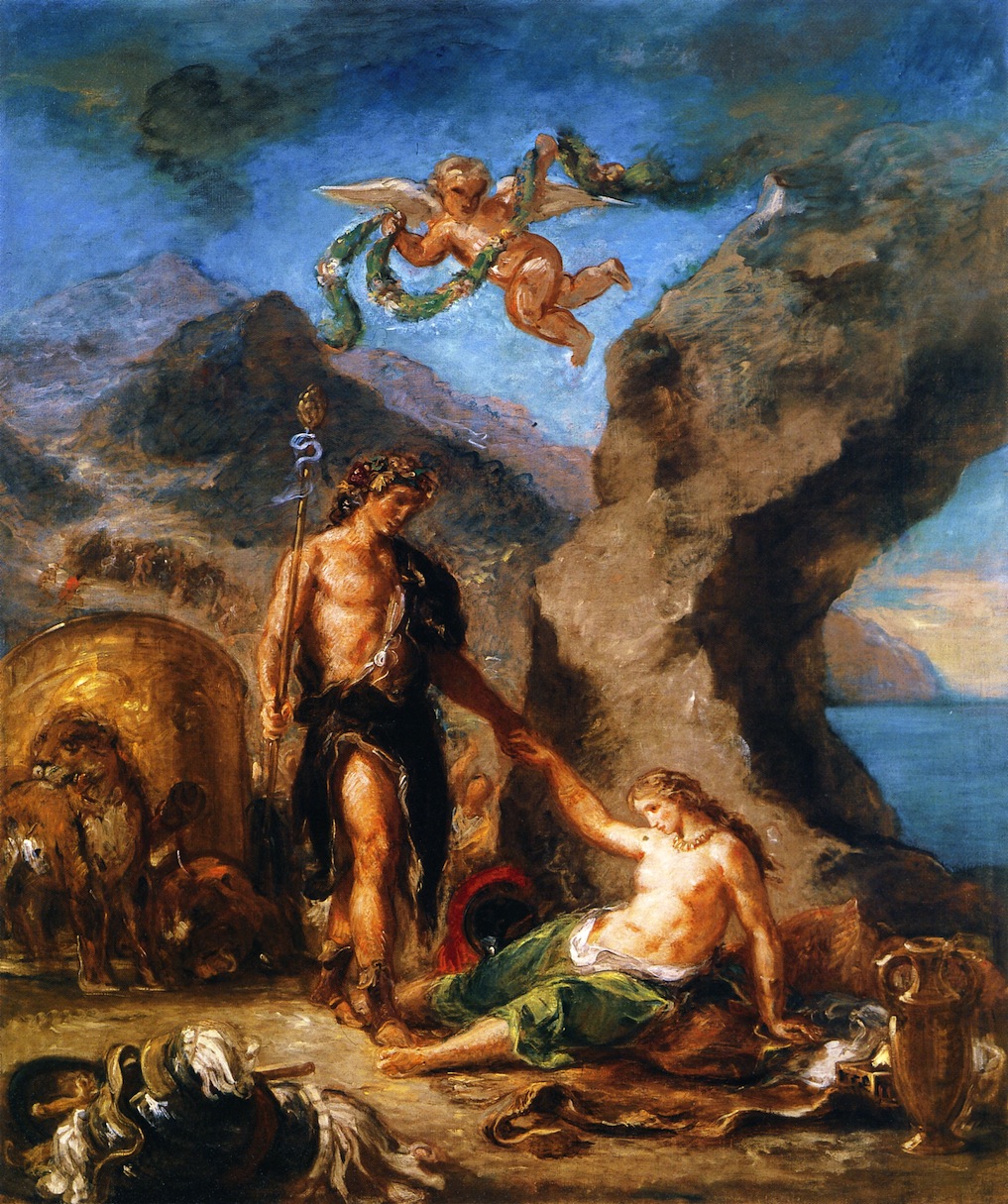