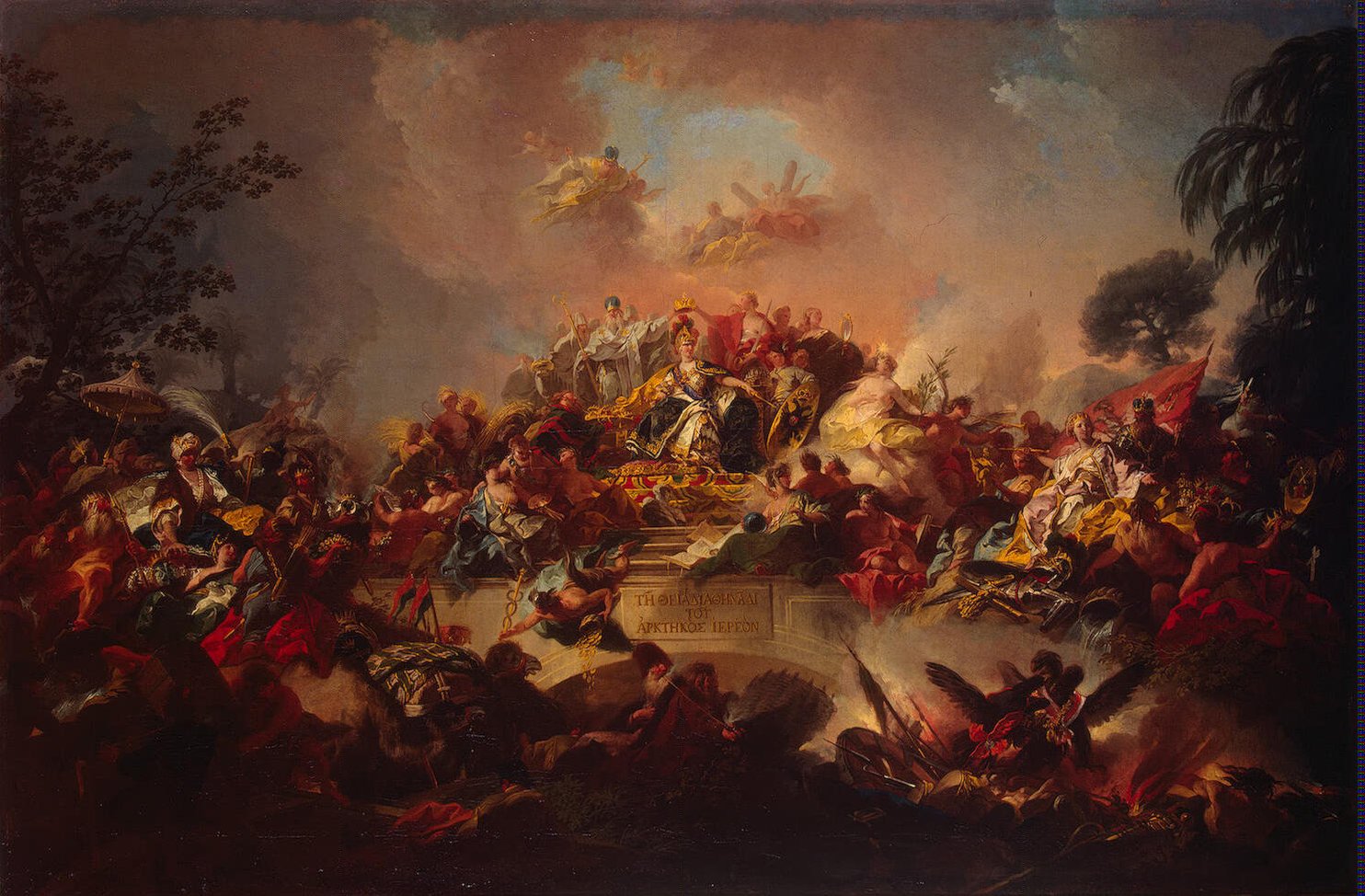 Apotheosis of the Reign of Catherine II, Guglielmi Gregorio

The sentiment that pervades nearly every domain of modern life and never slacks from rooting man from whatever delusional cave he tries to hide is loneliness: unrelinquishable, indefensible, unremitting loneliness.

Ecstasy, or whatever euphemistic colloquialism one ascribes to those highest, most daunting, emotionally taxing and yet exulted states of mind and body that man is capable, despite the undeniable illusions that inescapably manifest whenever entranced therein and by, is – however paradoxical is may seem – a confrontation with “The Real”, or at least “The Realest” that the capricious senses of man is capable; The Real which, though it will never allow itself to be fully known or “reduced” by man into expedient formula, nevertheless by continually beckoning him into its irresistible though terrifying embrace is that phenomenological potentiality which alone has the power to cut away and strike through every usual delusion and delusioning device that so commonly predominates the “normal” states of man; predominance which, through its persistent banality, so dilutes the intensity of experience itself that it everywhere and at all times lulls man into a kind of barely-functional stupor that subsequently persuades him into believing the simple lie that ascribes permanence to the passing objects of sense perception; that relentless cutting-away by the malicious claws of ecstasy which, though itself a producer of lies untold, is nevertheless the closest man can ever hope to approaching “absolute” Reality in all its raw grandiosity; that approach which must first and for all disavow itself of and to any presupposed inevitability in order for The Real – which is itself the full indeterminate “essence” of nature – to aesthetically unveil herself to man’s teleological capacities.

If the dialectical apprehension of any worthy insight can metaphorically be equivocated with a psychological “hunt”, one which demands of the hunter no small degree of craftiness, skill, discipline, instinct, patience, focus, austerity, keenness of sense and, perhaps most important, copious luck and good fortune, the aesthetic sensibilities that best embody “common culture”, those which everywhere and at all times seek to intrude the quiet sanctity of the bowman’s blind, can be likened to the blaring of a horn, the passing of an engine, the ringing of a phone or mindless gaggle of squawking women, all of whom, utterly unaware of the desecration their mere presence brings to such delicate sanctity, not only spook the blessed quarry before its anticipated apocalypse but most probably preclude it from returning to the same spot and state of mind ever again. 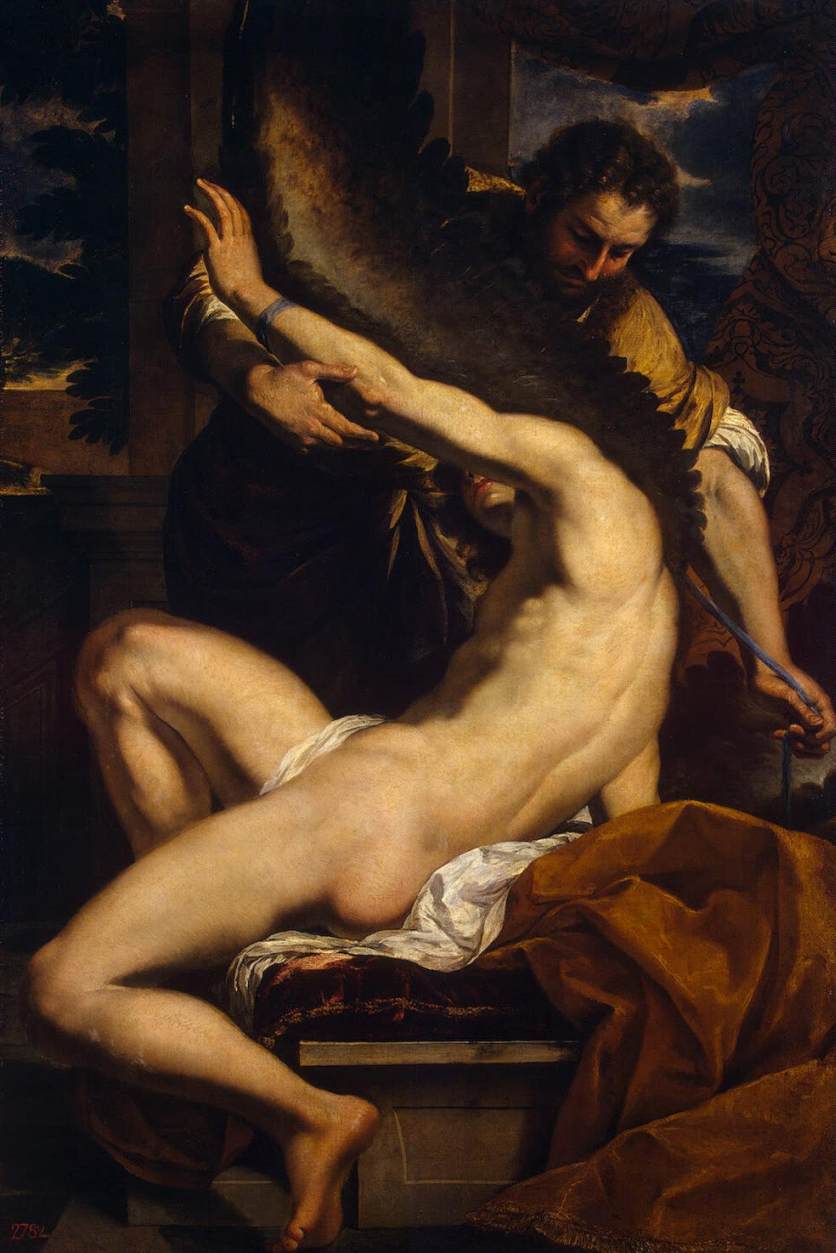 Science, as man’s most ruthless, severe, rigorous, relentless and “rational” attempt to apprehend The Real, by denying from the start the indeterminacy of The Real’s “free”, uncontrolled and uncontrollable nature, far from inching man any closer to “Truth” and permanence, actually veers and directs him that much further away from The Real with science’s every so-called “discovery”, those which cannot, of course, come about spontaneously or in any way be freely actualized by man (as in the case of art) but must be conceptually predetermined before the work of science can earnestly begin.

The end of a philosopher’s active, virile and fruitful life of thought comes when he, yearning more for the deceitful surety of permanence than the difficult but more endurable truth of fleeting ephemerality, sits down to set in stone a certain philosophical dogma or ethical doctrine of metaphysical constancy, one that demands he exhaust all his intellectual effort to both defend and proselytize among men.

The price of ecstasy, in whatever form it assumes, is nearly always physical nausea.

Some believe health and equilibrium is attained by purging and vomiting whatever psychosomatic unpleasantries one psychologically encounters when enrapt in such a state, as if the full scale disregard or rejection of such difficulties was somehow more beneficial and life-affirming than that which arises from a man’s own internal efforts to willfully sublimate, synthesize, integrate or else hold in and down such sensual revulsions.

As one might expect, I believe – with no small amount of personal experience – that loftier and more luminous degrees of psychological and spiritual health are realized when a man is able to withstand truth’s disquieting assaults by remaining steadfast and firm in his own grounded constitution, resisting all impulse to discharge so that he may instead physically digest and assimilate life’s swells by whatever mental means necessary.

Keenly and viscerally am I aware that the unholy wellspring of all my many sins, weaknesses, failures, self-humiliations and shame, those which, in addition to precluding me from becoming the man I enduringly long, thwart me perpetually from penning the greatest of all literature hitherto attempted by any hand of man, is my insatiable yearning to not only be intimately known but relentlessly sought out and after for those qualities of all-surpassing exceptionality that I uniquely possess and am most probably ignorant; that search, intimacy and interest which not merely a god but indeed only the God could gratifyingly fulfill and everlastingly enunciate to me and me alone; He whom, quite reasonably, requires in exchange for this relationship the incessant confession of He Himself as God and Lord eternal, blameless and true; that confession which I, unfortunately (at least in my current strength of life), will not yet submit.

For to do so, as with any such dogmatic confession, would demand – in addition to limiting God to the bounds of my own imagination (however liberal) – that I also surrender to the delusion of Permanence and “immutable endurance” that Life itself does not embody nor in any place compel the honest man to intellectually acquiesce; confession that would force me to willfully concretize into the existential fabric of my thought and body of work a predetermined Lie I would be perpetually required to dutifully uphold in order to continue in and with such blessed communion, that which would condemn me also to an inauthenticity which would subsequently foul the whole of my health and thought and also necessitate the irrevocable relinquishment of whatever self-sustaining prowess of existential self-sufficiency I may still possess, that which – whether I desire it so or not – does indeed “empower” me to not only live as honestly as I can but, where able, also conquer and overcome with a clear enough conscience, however tainted by the filth of ongoing sin.

Not ready, therefore, to surrender any such strength and love of life, I have no other choice but to soldier on with weakness, failure, shame, unworthiness, unfulfillment and loneliness, and take up arms once more as always in that eternal struggle of flesh against spirit, holding thus to that delicate faith that compels me more than any other claim: that out of and sometimes amid this battle I may attain a certain self-apotheosis that would otherwise be impossible if abandoned under the heavy shield and loving sway of Almighty God, however so fleeting and false my godhood.

The Apotheosis of Hercules, François Lemoyne