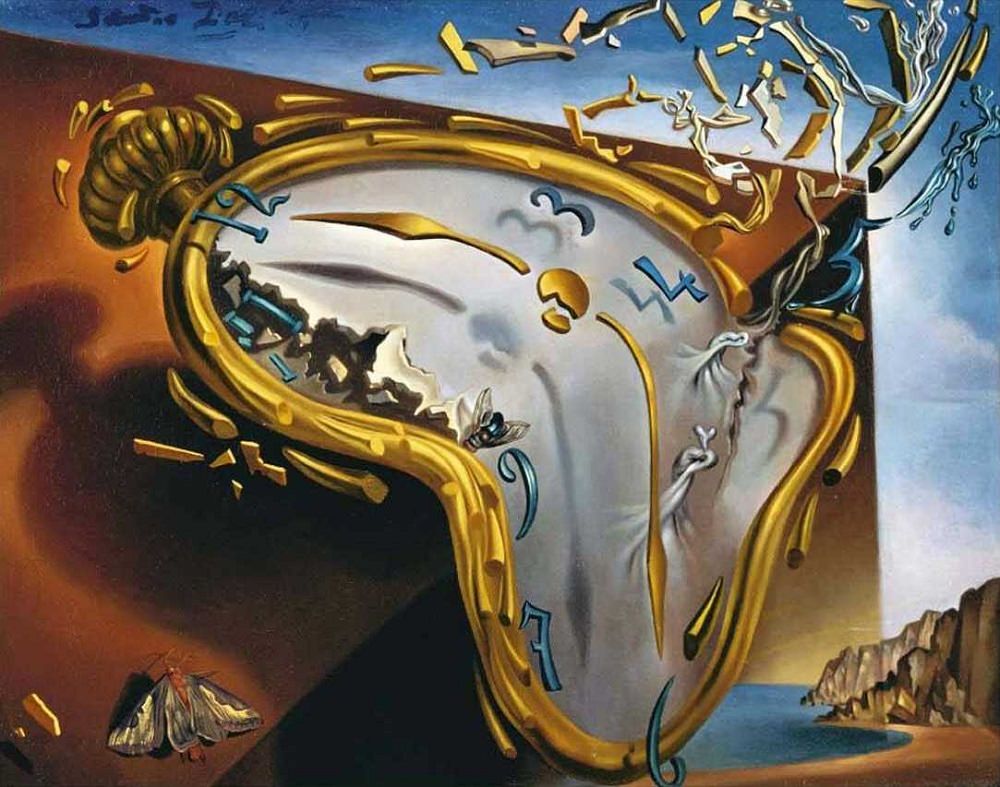 Time truly is the slayer of all immutable universality, the underminer of every absolute, the defiler of all sacred objectivity, the devil to man in every way, that which not only forces the unwilling to change but is change and unwillingness themselves. Not by our stillest and most sublime contemplation can we keep nature – and our own bodies – from evolving and becoming that which we were not a mere second ago, that which we were finally beginning to grasp, for Christ’s sake: man made more and more alien and outsider to himself with each passing moment. Even a simple sentence, upon the first letter laid, is thereafter on the move. Should I read it again tomorrow, having myself evolved a little, I’ll be compelled to change it, to add and/or clarify (the same as I’m doing now).

It’s as if by merely thinking a thing – merely looking at it – do we cause the object of our gaze to sprout legs and scurry away, its pace forever a step beyond our most sincere and disciplined efforts to keep up, let alone get ahead of or a handle thereupon. Should we, in our desperate fatigue, attempt to throw a net over it by way of “speaking it aloud” or “writing it down” – by “civilizing” or else sanitizing it through rational thought – we empty the idea of the wild fecundity that drew our attention in the first place. Such aesthetic confinement (such “rationality”) is, of course, necessary for the proper conduct of life, for a man cannot endure a perpetual state of irrationality and yet remain sane enough to move and act, but at the same time we shouldn’t deceive ourselves that we “speakers” are not also life’s despoilers: her virgin beauty which can only be caught by the most severe, cunning and yet sensitive of intellects, to say nothing of the luckiest too.

Indeed, the only way a man can punctuate a concept so that he might move on to the next is to loosen his definition of each specific word – and their particular arrangement – to their most general and least specific, their most routine and rule-abiding, the most thoughtless, crude, common and otherwise “inaccurate” signification, an act that renders man’s interpretation of reality itself a cursory approximation at best, if not an outright lie and/or delusion. For the process of thinking, whether clothed in the prose of philosophy or the liturgy of theology or gobbledygook of science or provincialism of the streets is little more than the continual “defining of one’s erroneous terms”: an unveiling of the deceits of one’s inner life and endless confession of the falsities one inwardly peddles.