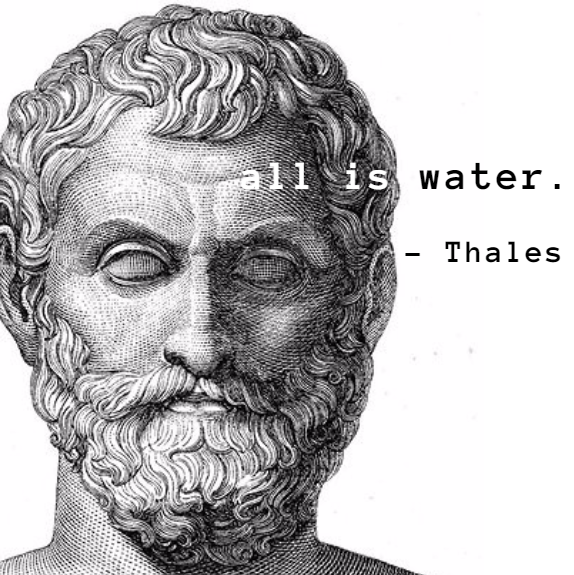 Nagging questions concerning one’s right and reason to exist – mere symptoms of nihilism and not the thing-in-itself.

Nihilism instead as the all-encompassing diagnosis of “the wholly atomized individual”: sovereign, but only to himself – though typically not even over himself.

Nihilism as the historical process of man’s complete and irrevocable liberation from “himself”, which is to say, the burden of others; particularly the emotional burdens that formerly moored and shaped those psycho-moral vestiges of which we are still beholden, burdens which can only be relieved if expressed in and through the unconscious bond with Others, now tragically impossible.

Everything Modernity touches atomizes, compartmentalizes, separates, disintegrates; is undermined, defied, overthrown; disentangled, released, acquitted, absolved; made efficient, productive, catalytic and thus inessential, trivial, absurd – all to say “technical”: each and every nook and cranny of the earth and body of man made alien to its neighbor; made into bit, information, amalgamation, statistic. 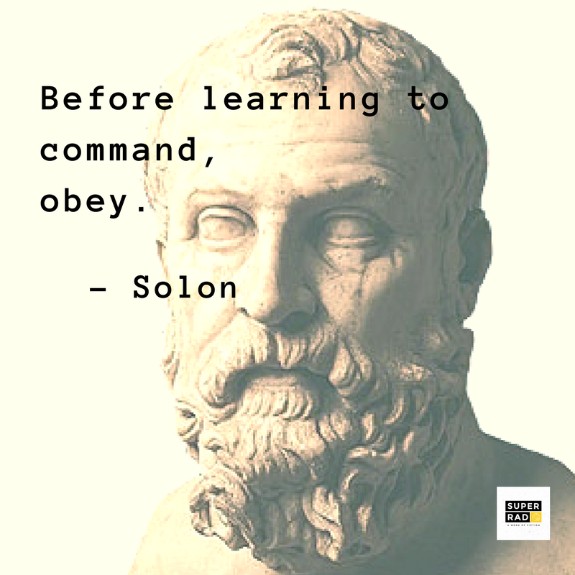 Everywhere the indefatigable “I” has triumphed, which is to say, been thought, felt and accentuated, universal meaning instantaneously perished, never to resuscitate.

If meaning is to attain the resonance that man endeavors to attach to it, resonance expressed beyond the lone individual who feels it only for and by himself; resonance which points to something higher, transcendent, “absolute and true”, one must not only accept his emotional dependence on others but be willing to embrace all the waste, inefficiency and toilsome duty that community necessarily entails.

Ceaseless competition, as in the kind witnessed throughout the modern world, generally brings out the worst in man; the greater and more numerous the foe, the more wretched and ignoble one must descend not only to win but merely survive against those who are so willing. Any good, noble or worthy expression is indeed an exception in such a fight and in no place the rule. Where intense competition reigns nobility is, in fact, a liability, one that handicaps its adherents against certain actions that the dishonorable have at all times been willing to take, actions that in former times had always rendered that particular type of creature especially loathsome, but have now, via the “Massness” of our age, managed to bestow upon him a curious sense of admiration, even esteem in some cases.

Who is Noble then but that quixotic fool who presupposes a certain set of “divinely-inspired” – and often inalterable – rules governing human relations; rules he wrongly assumes each combatant not only ought to obey, but most assuredly will, primarily because he does. For this reason has nobility never stood a chance against the swarthy and vile “men of the south”, they who have always been first to do “whatever it takes” to triumph; victory that in most cases can only be achieved by way of the complete and utter manipulation of said rules whom the noble erroneously believes he is honor-bound to uphold, however so changed. 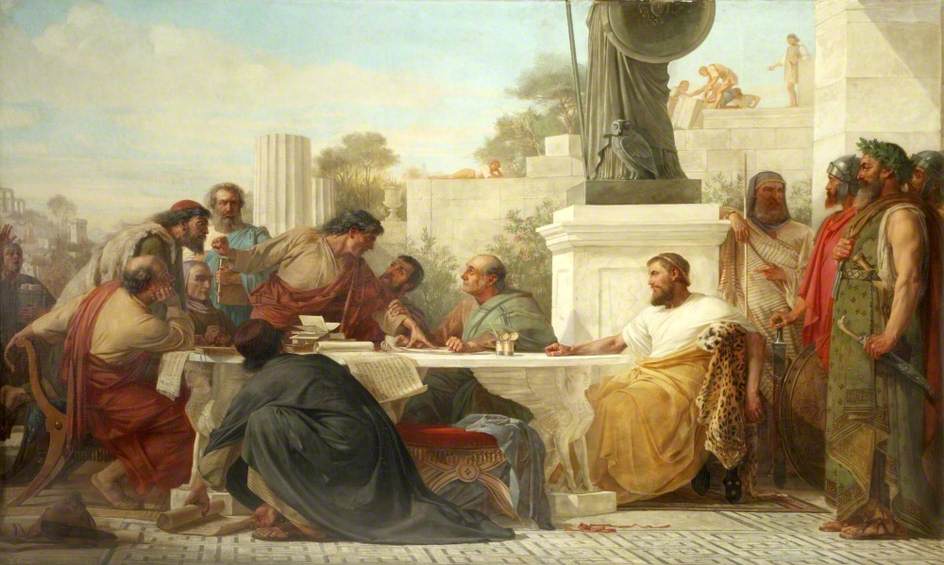 Julian the Apostate Presiding at a Conference of Sectarians, Edward Armitage

Where the Fathers found meaning in their unconscious struggle to liberate the Individual from the multitudinous responsibilities that epitomized our social and hierarchical origins, we, their children, find only a black and vacuous void: albeit a relatively black and subjectively vacuous void.

He who desires “to philosophize” must by nature be disagreeable, particularly when confronted with another man’s claim to truth and essentiality. What is there to say, he must think, if “It” has already been stated before and most probably better?

No, I speak because everything else is actually – shit.

Language is always passed down in a more vulgar, common and provincial form than received. From the moment the “sacred tongue” is first transcribed by the aesthetic genius of a given people does it begin to suffer bastardization and misuse, which is to say: commentary, interpretation, improvisation, conjecture – all of which strip the words of their original life-giving potential in favor of rational utility.

Because men of the past were generally more conscientious, thorough, basic and in this sense “essential” in their daily doings, so too their thinking and language, even among peasants. The more civilization has ceded such essentiality to the efficiencies of science in all its many guises, the more our tongues (and spirits) have likewise forked into ever more academic, clinical, political and, in this sense, “inessential” modes of expression.

The “Agreeable Philosopher” – one who merely teaches and/or translates it, which is to say, who talks about the thing but never actually does it.

The philosophical awakening in ancient Greece coincided with the sensual understanding of “man the individual”. Onto this scene emerged a totally new and unfounded historical phenomenon, the philosopher: the first expressive “individual” history had ever seen; the first lone “man” as it were: without family, without people, without anyone to call him out as the ‘son of that good-for-nothing’, that ‘drunk and lazy so-and-so’ and whatever else.

Only he who has managed to transition, however bloody, from one state and mode of being to another and survived, which is to say, emptied himself of any sublime innocence as to his overall intentions, can begin to ascertain the nature of either (or anything for that matter); intention which always presupposes a certain maliciousness toward the ignorant present, be it a preferred state of mind or particular mood, a specific set of values or ethical code, the devotion to a certain God, and so on.