Julian the Apostate Presiding at a Conference of Sectarians, Edward Armitage 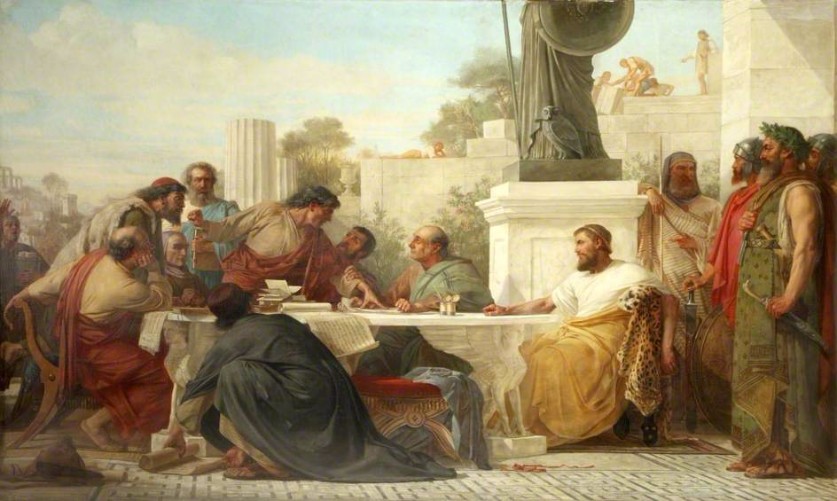 Julian was a man of unusually complex character: he was “the military commander, the theosophist, the social reformer, and the man of letters”. He was the last non-Christian ruler of the Roman Empire, and it was his desire to bring the Empire back to its ancient Roman values in order to, as he saw it, save it from dissolution.