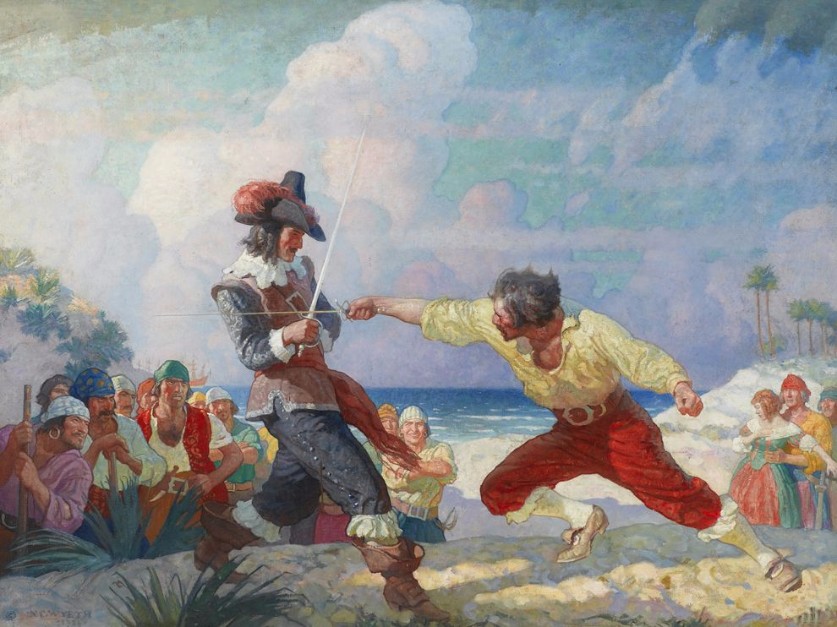 Newell Convers Wyeth (October 22, 1882 – October 19, 1945), known as N. C. Wyeth, was an American artist and illustrator. He was the pupil of artist Howard Pyle and became one of America’s greatest illustrators. During his lifetime, Wyeth created over 3,000 paintings and illustrated 112 books, 25 of them for Scribner’s, the Scribner Classics, which is the work for which he is best known. The first of these, Treasure Island, was one of his masterpieces and the proceeds paid for his studio. Wyeth was a realist painter just as the camera and photography began to compete with his craft. Sometimes seen as melodramatic, his illustrations were designed to be understood quickly. Wyeth, who was both a painter and an illustrator, understood the difference, and said in 1908, “Painting and illustration cannot be mixed—one cannot merge from one into the other.” He is notably the father of painter Andrew Wyeth and the grandfather of Jamie Wyeth, both celebrated American painters.