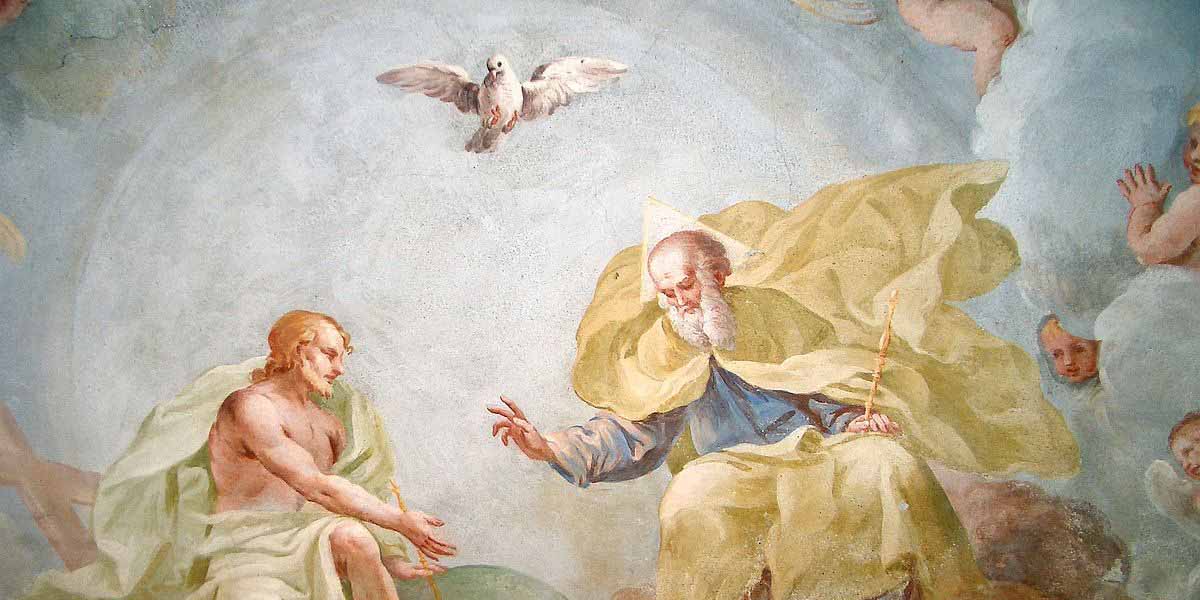 In order to thin and, if able, perforate those thick and often impenetrable linguistic lines that demarcate this intellectual and scientific discipline from that, perforation that does indeed infuse such disciplines with the invigorating novelty needed to halt their diseased ossification and aesthetic stagnancy, a philosopher has no other choice but to open up new offensive frontiers within and upon said lines by assaulting not only the entire legitimacy of the institutional infrastructure of money, reputation, cultural power and societal influence that maintain them, but the actual benefactors of those interests themselves, whether currently alive or not; attacks which, in order to be most effective and deadly, must eventually penetrate the emotional, psychological and, most importantly, existential core of who such interests are as people of supposedly unique and insightful personality; the accomplishment of which, paradoxically, is best achieved when a philosopher diligently seeks out ways to expose through malicious honesty his own personal frailties, fears, failures and whatever silly hope he might be irrationally hanging his future upon; exposure promulgated not for its own isolated sake but the aesthetic potential that its awareness supplies the man who seeks it, serving – as all such objects of awareness – as the raw material by which an artist might fashion a stronger, more refined and endurable existential narrative, the accomplishment of which – if condensed and rendered into a tangible artistic form – bestows upon him a certain invaluable weapon of war to use against those who deal in the same trade as he: all tradesmen who, if engaged in similar emotional endeavor, can be nothing but mortal enemies of the most profound and ruthless type, they who, in order to endure in their trade at all, must witness the triumph of their own particular existential framework over all its lesser surrounds. 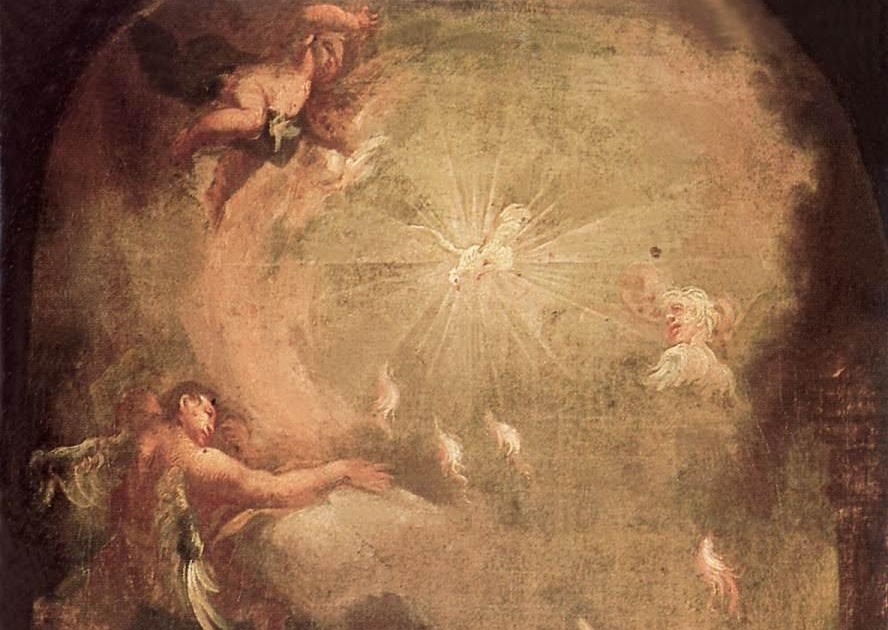 Though seemingly unproductive with regards to tangible creative accomplishment, make no mistake: philosophy demands of its practitioners ceaseless demonstrations of decisive action amid ever maddening heights of mental uncertainty and moral doubt.

For the more a writer dithers, distracts or excessively entertains, say, the supposed prejudices that his potential readers might bring to his work, the more unlikely his thoughts will ever be able to ascend the difficult and paradoxical apexes of thought which are in every case guarded by the most convincing and contradictory viewpoints that a given thesis might provoke; contradictions whose sole task is to undermine, neutralize and ultimately discredit any unworthy idea from finding conclusive form.

My style, though largely unintentional, tends to mimic the movements of a boxer in the ring: for daily do I jab, bob and weave around an opponent more wind than solidity, forever looking for an opportunity to strike, sometimes finding it, sometimes not, sometimes gravely exposing my own frailties which can always expect some sort of recompense; such recompense that, probably at the pinnacle of my supposed powers and keenness of insight, will indeed one day slay me: Man whose sole glory is found in his potential to transcend higher than the gods but only for a moment, Man the glorious glint on an otherwise dull and seldom-sharpened blade. 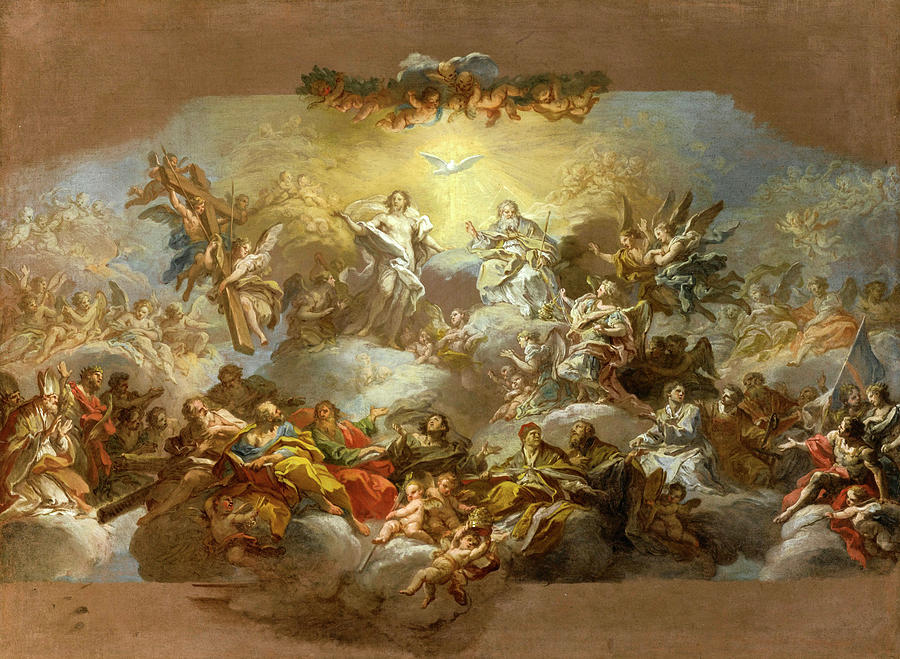 The Holy Trinity and Saints in Glory, Sebastiano Conca

The trinitarian expression of my metaphysics – that which serves as the ground, voice and air of what-is and what-is-not – reveals itself in the homeostatic relationship between the Subject, Object and that eternal Techne that binds, unifies, maintains and unconsciously evolves the accentuation of such blessed union: Language; each ontological potentiality existing not as self-sufficient or “fully-encompassed” entities but inseparable, dependent and interdependent forces that demand for their continued survival the tangible presence of the other Two: the Subject which, of course, cannot in any sense “actualize itself” without the Object to differentiate therefrom and vice versa, both of which would be not but for that aesthetic medium of expression which communicates Itself in implicit though contradictory form through the primordial longings of, to and for Its most indispensable Other.

Of this metaphysics there can no beginning, nor end, no one force more decisive, primordial or vital than the truth found in the “essence” of the other Two. For without the finite individual who speaks in vain ignorance the impossibility of the infinite Whole, such Whole would – absent the linguistic structure of which It is its invisible Opposite – collapse in on Itself and do so eternally, bringing to imploded not the things that would otherwise possibly “be”.

Even Time, therefore, as that great, unassailable impediment to all meta-historical speculation of a cyclical and repetitive type, is still merely a model conceived of man, no matter how triumphantly it has proven its own primordiality across the “vast” ages of experiential time, primordiality by which all other models have hitherto acquiesced; Time that would “be not” but for the more immediate, cardinal and necessary truth of the indestructibility of The Subject-Language-Object Relationship; Time, no matter how indomitable and seemingly undeniable it is to those enslaved by the accentuation of its finitude, which is simply one more lesser object produced by the eternal actualization(s) of the speaking subject in its aesthetic quest to express the inexpressibility of and to that which is truly higher, harder and without age or distinguishing mark to otherwise ground it in and to what-is, and what is-not.