To what strange and contradictory terminus the ontological instinct drives the conflicted sentiments of man: that in the rarefied heights of an individual’s own ecstatic self expression, such a one cannot keep himself from gazing with insatiable longing at those things which might not merely erode such subjectivity but utterly obliterate those particular qualities which normally prevent the individual from the complete abandonment of and to the inexpressible “oneness” and presumed “unity of all” that his own weary soul testifies to and about in ways unending his ever-probing heart; oneness which, gratifying and sensually overwhelming that such an experience undeniably is, nevertheless obstructs and thus so often thwarts Life’s most liberated expression, that which can only find its fullest embodiment through the continual refinement of those various characteristics that define it most truly and honest according to that particular mind who is brave and audacious enough to think them; honesty which, in time, will inevitably find itself unable to resist the individualizing power offered by the practice of prejudice, bigotry, blind ignorance, self-conceit and disdain for what it views as “the incompatible Other”, even (and perhaps especially) the Other of the “one”, “unity” and “all”.

It goes almost without saying that the so-called “man” who yet lacks the freedom of moral agency to take full or else “remorseless” responsibility for his own thoughts and actions – particularly of the bad or unpleasant type – is precluded from both leading others as well as truly being led, whether that leadership comes in the form of the One leading the Other, or the one leading himself. 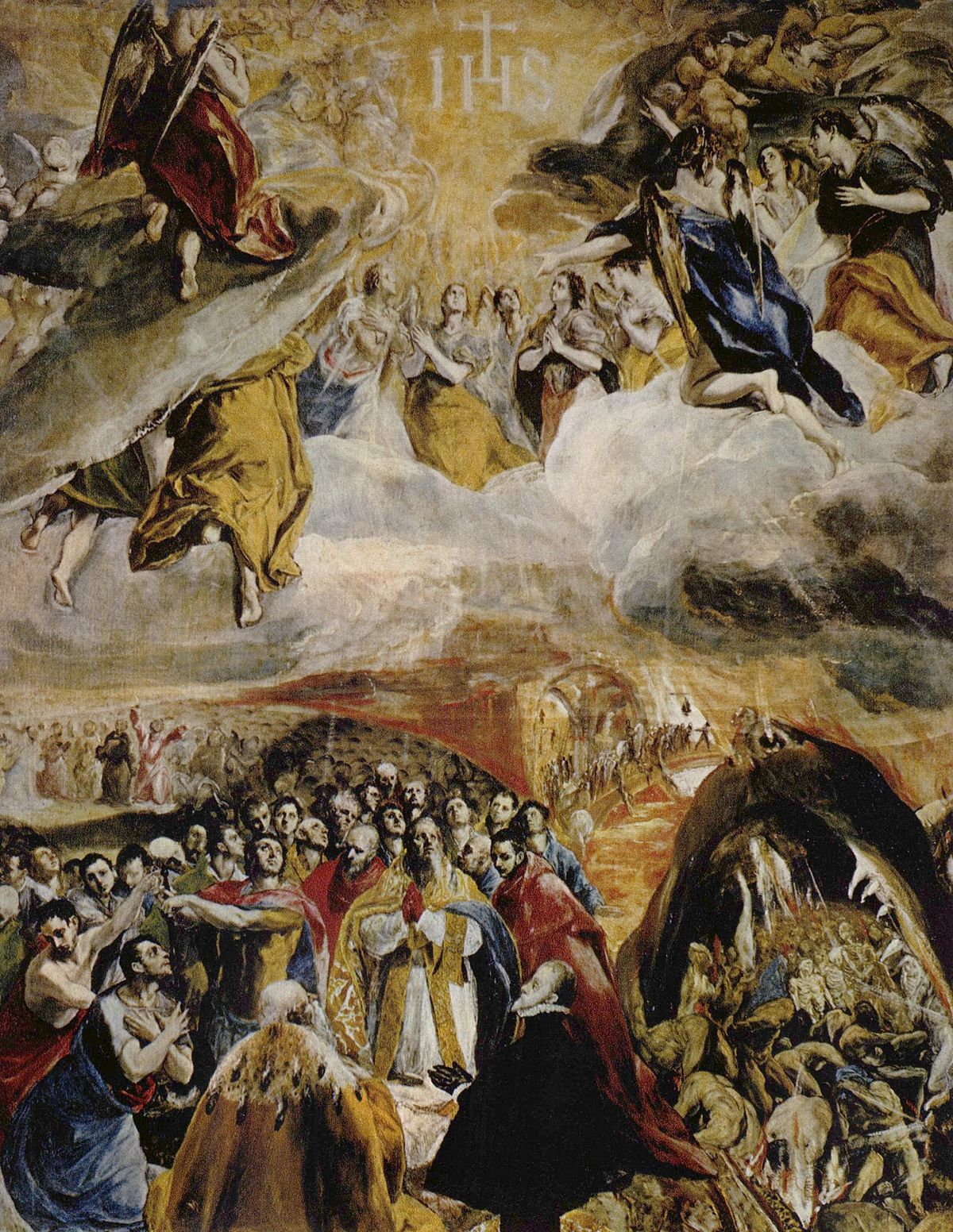 Adoration of the Holy Name of Jesus, El Greco

For the relationship between leader and led, in order for it to attain its most essential or “freest” expression, that which differentiates it from mere slavery or thoughtless servitude, must from either perspective be initiated voluntarily without hint of undue compulsion or obligation, those which only manifest in the presence of moral coercion, emotional manipulation or plain ol’ witchcraft and primitive sorcery, none of which endow man with the power to create any real art or lasting monument of human endeavor; life itself which, if it is to transcend the narrow and often stultifying bounds that everyday experience imposes upon it, must also be entered into at all times freely, viscerally and without moral regret of any lasting or irrevocable kind.

The here-called “truth” of life, that which is simply an expedient way of saying “those particular qualities that make it stand out to man’s senses to such a degree that they elicit an emotional and cognitive response” – responses which formalize in man’s cognitive faculties life’s own perceptible reality “as such” – can only be apprehended indirectly through either a positive or negative valuation, the former which, indeed perceiving life in its truest or at least most affirmative form, elucidates most emphatically the best its harmonious hues and complementary boldness, while the latter tends to see only the least nuanced and most obvious convergence of line and contrast of hue, particularly those which appear merely “black”, “white” or, at best, “middle-gray”; negativity that unconsciously reduces life to either “this” or “that”: something dead, inert, predictable and predetermined; life which, from the negative perspective, is believed to “exist” beyond the mind-that-thinks and as such can only be sought after, found and dispassionately studied as something that can presumably be known and understood “absolutely”; the positive valuation which, of course, seeks the opposite by presuming no fruit be found in the pursuit of understanding at all (at least none worth eating); positivity that recognizes, however vainly, the impossible dynamism of life and its steadfast resistance to any and all aesthetic formalism and teleological predestining: the “aesthetic view” of life which compels man to enter only if he is both willing and able to creatively mimic so that he may have some sort of artistic say in and sway over its ceaseless unfoldment.

The Siege of Buda, Benczúr Gyula